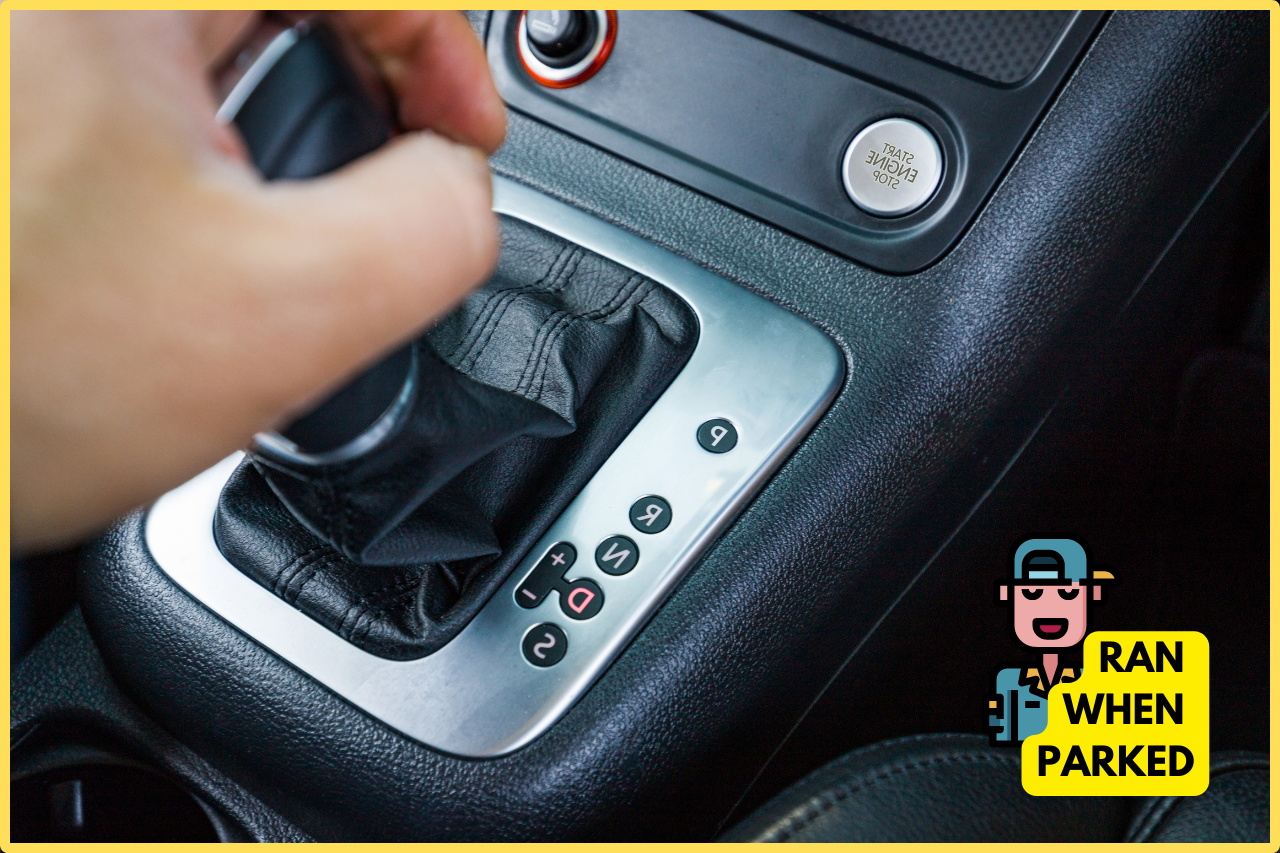 Can you turbo an automatic car? Installing a turbocharger can be a good option to increase your car’s power and performance, but can you do it? In this article, we will find out everything about it. Read along to learn everything you want about turbocharging your automatic car!

Is it Possible to Turbo an Automatic Car?

It is possible to turbo an automatic car. In fact, both automatic and manual cars can accommodate the power a turbocharger provides to an engine. Although it has many advantages, you also have to compromise on a few things.

However, the fun factor is that most transmissions can handle the extra power a turbo generates. Hence, it is safe to install one in your automatic car.

How Does a Turbo Work in an Automatic Car?

A turbocharger works in an automatic car by utilizing the energy of exhaust air from the engine. It consists of two portions attached by a shaft: turbine and compressor. A turbo works on the principle of how fast an engine can turn the turbine.

A turbo-boosted engine significantly performs better than an unaided one. Approximately the turbo’s turbine spins between 80,000-200,000 rpm (around 30 times faster than a normal car’s engine).

How to Select the Right Turbo?

To select the right turbo, you must take care of a few aspects. Since you can turbo your automatic car, you may want to do it. But you can’t just get any turbocharger and install it.

Some factors you need to consider are:

The turbochargers come in different varieties, so you must understand your automatic car better, like its speed, power, dimension, etc. For example, if it’s a small car that produces 200 horsepower, you can estimate a 50% boost. But installing a super-sized turbo and desiring a 300% boost for 600 HP is unrealistic.

Note down information like the engine’s rpm, size, amount of air that enters, volumetric efficiency, and other vital metrics. The rpm is the number of cycles a crankshaft completes in a minute. The size will help you understand how large a turbo you require. And the volumetric efficiency will give you a ratio of how much air-fuel mixture an engine is effectively consuming.

After you understand your engine and car’s requirements, it will be easy to select the right turbo. Whether you select a small or large one, ensure it is lightweight and efficient. It should easily handle the large airflow and heat as they usually get too hot.

What Are the Vital Parts to Check Before You Install Turbo?

The vital parts to check before you install turbo are the transmission, torque converter, and engine. A turbo can easily damage or fail these components due to the surplus power they produce if you are not cautious.

These components are discussed below:

What Will You Need to Turbo an Automatic Car?

To turbo an automatic car, you will need five essential components. They are the compressor, turbine, intercooler, wastegates and bypass valves, and fuel systems. Each component is discussed below in detail:

The vital component of a turbo, the compressor, provides the engine with a surplus amount of compressed air with more fuel. It is connected to the turbine through a turboshaft and rotates depending on how well the engine exhausts air. Usually, a smaller compressor is installed in automatic passenger cars, and the trucks and SUVs utilize larger units.

The next essential component is the turbine, connected to the exhaust end. It consists of two parts:

While selecting the turbine, ensure it is small enough to provide a sufficient rpm with its quick spool. Moreover, it should be large enough to support good airflow and sustain the high temperature produced.

A turbocharger can get extremely hot rapidly and may damage the engine. So, an automatic turbo is incomplete without an intercooler. This part is connected between the compressor and engine intake and cools the air entering the engine. Resultantly, the risk of denotation lowers, and the engine can work more effectively.

Since a turbo recycles exhaust air back to the engine for a power boost, it can exponentially keep increasing the power to a limit that the engine and turbo can’t hold anymore. So, bypass valves and wastegates are attached to transfer the extra air to the exhaust pipe.

A turbo requires fuel besides air to keep working, so proper fuel systems are necessary. It consists of three parts:

How to Install a Turbocharger in an Automatic Car?

Below is the procedure to perform it yourself:

First, clean the engine by draining the current engine oil. Pour in some diesel and try to start your car 8 or 10 times. Repeat it at least twice to ensure proper cleaning. Afterward, drain out the diesel and replace the oil filter for maximum cleaning.

Now remove the engine bolts of the intake and exhaust manifolds. Inspect air pipes and air filters for any dirt or debris, as this portion should be entirely clean. After satisfaction, attach the turbocharger’s corresponding ends to the engine’s right sections.

Put some oil in the turbo and turn its turbine or compressor to ensure the oil is evenly spread across the component. Hold the compressor fan so it doesn’t move, and run the engine idly for a while (about 15-20 seconds). It will circulate engine oil in it. After a while, turn off the engine. Properly attach the hoses to the inlets and bolt in all the parts.

Once completely attached, run the engine again idly for about 10-15 minutes to ensure smooth airflow. After you are satisfied with the airflow, it’s time to take a test ride. For even better results, try to leave the vehicle for a couple of hours after its idle 15-min run.

What are the Benefits of Turbocharging?

The benefits of turbocharging are enhanced power, speed, and better performance of the car. You can experience an efficient fuel economy, and it can help to significantly lessen air pollution and negative effects on the environment.

An explanation of these benefits is following:

The most obvious benefit is the boost in power, speed, torque, and performance (as the name suggests, Turbo). It significantly increases the performance and power of small automatic cars with small- to medium-sized engines.

The turbo works effectively on both diesel and petrol engines. It improves torque at low rpm for diesel engines and positively affects airflow. While in the case of a petrol engine, it increases its power delivery and performance. In any case, a turbo kit can deliver a 30% to 40% power boost to an engine than a non-turbo one.

As said earlier that a turbo compresses more oxygen for better combustion; it saves fuel while providing more power. The turbo delivers a good oxygen-rich air-fuel mixture to the engine, so it has improved combustion with the same fuel consumption as its counterparts.

As a result, the overall mileage of the automatic car increases, and you make fewer stops at gas stations. It also has a side bonus. You will have an easier time starting your car in winter because fuel will have more oxygenated air to burn properly.

Again, a well-aided combustion engine will work smoother and quieter and produce less noise pollution. Also, due to the low fuel ratio in the combustion area, the engine will exhaust cleaner air. So less smoke will be released while accelerating at a low speed. Hence, it also contributes to the control of air pollution.

But there’s another benefit related to recycling. Mostly the energy of exhausting air is wasted out of the pipe. However, the turbo utilizes that energy to turn the turbine and gives engines more compressed air, creating a self-supporting system. Hence it increases efficiency and helps in beneficial energy conservation and controlling pollution.

What Are the Drawbacks of Turbocharging?

The drawbacks of turbocharging aren’t many, but there is a chance of damaging the car or failing the vehicle’s vital parts and components. Turbocharging can also become unsuitable for some vehicles and affect their performance and speed.

These drawbacks are discussed below:

Although installing a turbo usually doesn’t have much harm, it can cause serious damage if any part malfunctions or doesn’t sync in properly. If your automatic or manual transmission, torque converter, or engine fails to handle the extra power that a turbocharger produces, it may get damaged, and you will have to replace the entire unit.

Another disadvantage is the heat that the system produces. A turbo-powered oil can reach 400°F while the engine and turbo kit can go above 1000°F. Such high temperatures can kill your engine easily. Or it will break down the fluids, causing damage to the parts.

– It May Not Suit Some Vehicles

Usually, a turbocharger improves fuel economy. According to some studies, there are many small turbos that are underperforming and failing to deliver the expected fuel economy.

For instance, the Ford Fusion 2.0L Turbo was rigorously tested and was expected to have an average of 26 miles per gallon. Instead, it traveled only an average of 22 miles per gallon. So, when installing a turbo in your automatic car, make sure you track its fuel consumption. Otherwise, you will be enjoying the luxury of higher performance at a higher price.

1. Can You Supercharge an Automatic Car?

Yes, you can supercharge an automatic car. But it is not guaranteed that the automatic transmission or engine can handle such large power. So, it is better to check your engine and transmission first.

2. Can You Turbo an Automatic Civic?

Yes, you can turbo an automatic Civic. However, it is unnecessary as the Civic can deliver great power and high speed. So, people usually don’t recommend it.

3. Do You Have to Tune Your Car After Installing a Turbo?

Yes, you have to tune your car after installing a turbo. Although your car can perform without it, tuning will help to balance the air-fuel ratio and unlock more horsepower from the turbo.

4. Which is Better: Turbo or Supercharger for Automatic Cars?

Apparently, yes. You can put a turbo in any car, but it is conditional. Although most cars can handle the extra power, some transmissions fail to do so. Also, the turbo should fit next to the engine, which some engine cavities don’t allow.

6. Do You Need a New Transmission for a Turbo?

In conclusion, you can turbo an automatic car. It not only improves its overall power and performance but also helps to control air pollution. So, before installing it:

Here, you’ve learned how can you turbo an automatic car, its prerequisites, and its pros & cons. However, we will strongly recommend leaving the work to professionals to minimize error chances. But if you want to do it yourself, follow the above steps carefully.