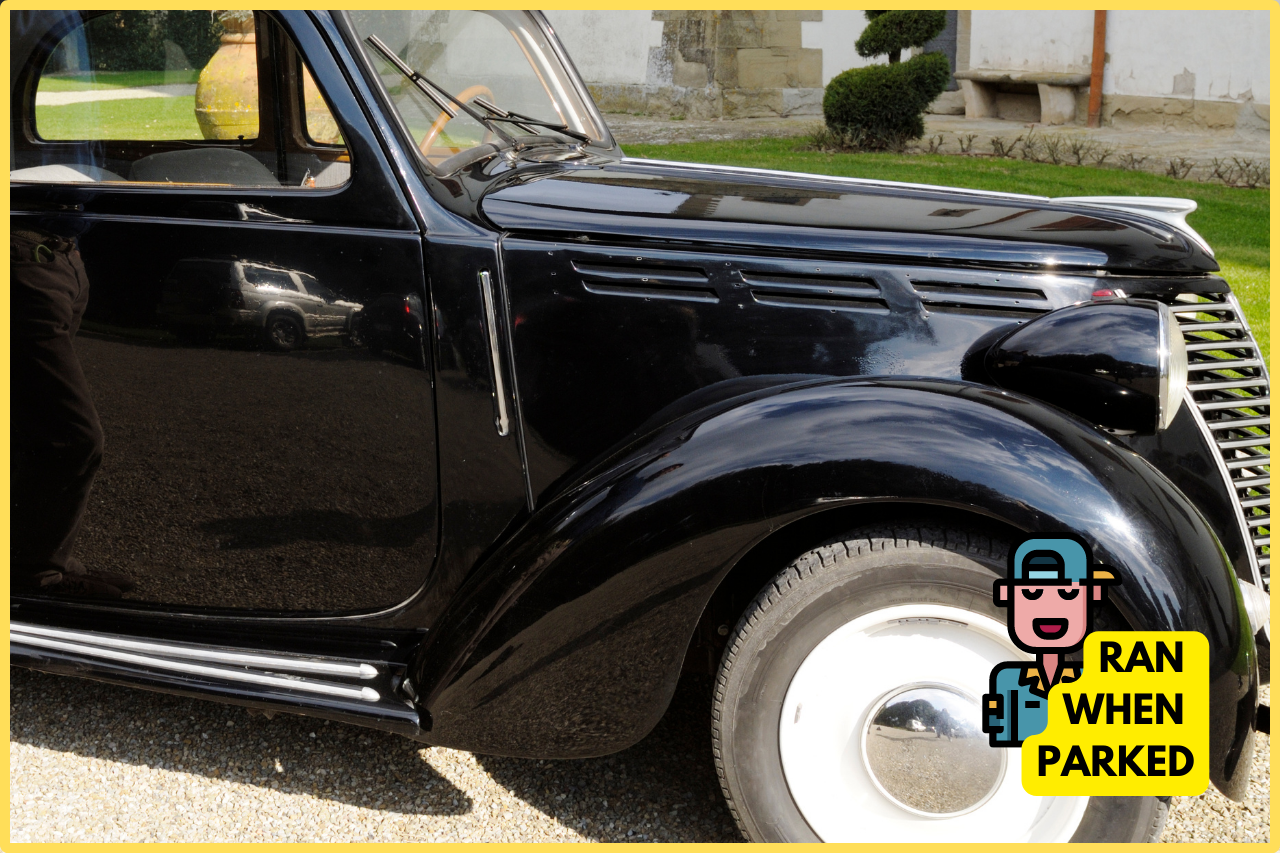 Fiat Tempra is one of the most popular family cars produced by the Italian company Fiat between 1990 to 1996. Though this car went on to have many more variations in different countries, it was always famous for being one of the best yet cheap family cars. Want to know more about why this hatchback from Fiat was such a raging hit in the 90s? Read this article with us as we do a closer dive into all the specifics of this classic Italian car.

The Fiat Tempra car specifications include being a mid-sized car that is in between the smaller Fiat Tipo 2 and the bigger Fiat Croma. The Fiat Tempra is known to share its Type Three platform with the famous Lancia Dedra and the classic Alfa Romeo model number 155.

The Fiat Tempra was launched as a successor of the Fiat Regata car range. When this series first came into being, it was known as the Tipo 3. The design and model of this car were very close to that of the Tipo 2, hence the name behind this car. Later, this car was replaced by the Fiat Marea in the year 1998.

Here are the essential specifications of the Fiat Tempra car:

Overview of the Fiat Tempra

The first engine lineup of the Fiat Tempra included 1.9-liter normally aspirated and turbocharged diesel engines and 1.4, 1.6, and 1.8-liter petrol engines. The company later went on to make gasoline and diesel engines as well.

The first public picture of the Fiat Tempra was released in newspapers in November 1989. Within the next 4 months, they launched the first car of this range in February 1990. This first car showcase was done at the prestigious Geneva Motor Show. The station wagon of the Fiat Tempra was marketed as the “Tempra SW.” It was announced that they would be available for sale 2 months later in Turin.

Since this car was a mix of the Tipo project and Fiat Renata, it was very well received among Fiat lovers. It took to the market instantly and was a great hit for being a pocket-friendly family car. Though it was a little smaller, it did not matter for most because it was affordable for people of all classes.

This is why after being unveiled in Aruba in September 1991, the car started to be built in Brazil for expansion in the markets in Latin America. A two-door coupé variant, which made its debut in September 1992, was constructed just for the Brazilian market. It was produced there until 1995, and a turbocharged petrol version was also offered. These new variations and feature modifications came as a welcome change.

The Tempra debuted in the European car market in September 1990, a few years after the Tipo 2 had already made a name for itself. Fiat had great expectations for the aesthetically pleasing saloon of this close cousin of the Tipo 2. Four engines were available:

All of these engines were made of diesel and helped expand their car empire.

This car continued through different changes throughout its 6 years in Italy. A safer steering column, body-colored bumpers, and side impact protection were added to the range in 1993. Additionally, improvements were made to the fuel injection system and the ignition system. A 90bhp engine in later 1.6-liter variants was more freely breathing.

The Eleganza and Action are two special edition versions that were announced, but none of them are pricey enough to warrant the additional cost. In March 1995, VIN security etching became the norm, and the vehicle was slowly phased out in October 1996. But its production still continued in many other countries outside Italy.

The Fiat Tempra was marketed as a reliable, high-quality family car that was economical at the same time. The first versions, 1.4 and 1.6, were quite dependable, had great mileage and fuel economy, and were a great fit for long drives. It also had a great tank capacity of 65 liters, which was a great addition for long-distance travelers.

Though the size of this car was a little small, its budget-friendly factor sidelined the size issue. In its contemporary times, it had the best aerodynamics and offered consistent speed. This made it one of the best among the competing brands and cars in this price range at the time.

Another benefit of this particular model was this car’s galvanized body and making. This made the car resistant to rust and other damages due to regular wear and tear. It showed good performance in adverse weather and climatic circumstances after many years. Other advantages included the durability and dependability of the mechanics, made possible by the engine’s adaptability for urban, extra-urban, and highway driving.

The Tempra had an engine similar to what was available in Tipo, one of the biggest reasons it was called Tipo’s sibling. The first two initial models, the 1.4 and the 1.6, had a new carburetor engine. But Europe soon came up with European Emission Standards for the whole continent.

The Fiat makers had to discontinue the 1.4 and the 1.6 models with carburetor engines. These models were produced and sold until 1992. From 1992 to 1996, all the Fiat Tempra models had a special catalytic converter and an added electronic injection. Although the midsize sedan’s powertrain was a basic five-speed manual, it was also available with a continuously variable transmission. Previously, this continuously changing transmission system was only available for exclusive models like the Panda, Fiat Uno, Tipo, and Ritmo car ranges.

The “Selecta” model was only offered with either body design and had a 1.6-liter engine. The SX model had a 2.0-liter engine and was being offered with a four-gear automatic transmission in July 1991.

During the March 1992 Geneva Motor Show, a station wagon model with a two-liter engine and permanent four-wheel drive was unveiled. The front was slightly favored in the four-wheel drive version. Few changes were made over its six-year manufacturing run, except for a small change in appearance in April 1993 that added additional equipment, a new grille in the front, other tiny changes, and basic aesthetic tweaks.

The Fiat Tempra started production in many countries due to its major popularity. In Brazil, it was available in a new version with two doors, but the engine options were many, with a 2.0-liter injection. This car was branded the Tempra Turbo and was a major hit in the Latin American market. They also launched a four-door version in Brazil at a later stage due to popular demand. This version was known as the Tempra Turbo Stile. This car was said to be the second car in the whole of Brazil which worked on turbo charge.

The number of facelifts this car had and interior versions were not many. They only had two trims named S and SX until the year 1992. For instance, SX versions included several standard amenities such as power locks, velvet upholstery, power windows, front fog lights, adjustable seat belts, steering wheels, body-colored bumpers, a visionary digital dashboard, and many more. Additional features and upgrades could be ordered with optional accessories like electronic climate and temperature control, alloy wheels, sunroofs, and anti-lock brakes.

More trim levels were added with a facelift and revamped appearance in April 1993, starting with the base model (known as the “L” in the whole of the UK, where it was only offered with a 1.4-liter engine) and had other upgraded models called the S and SX to the top-most and best version named SLX. These were offered in the UK with only two options, the 1.8 and the 2.0-liter powered engines. Another change was made that year: an optional airbag feature for the driver, which could be added on request. In the Turkish version “SX A” and “SX AK,” they added climate control features.

There was some news in popular magazines about the Fiat Tempra on how some cars were dangerous and did not have enough safety precautions. They reported that there was some water seepage from the windscreen seals. This was an issue that had previously bothered multiple Fiat users.

The models between 1990 – 1992 reported this particular issue, and the makers made sure it was not found in any of the new versions. Some news also reported oil consumption issues with this car, but the high fuel economy rate spoke differently. What actually happened then is still a matter of doubt.

The Tempra was popular as one of the best and cheapest family cars for public use. It was affordable for the middle class and hence became quite the sensation back in those days. It also went on to win a prestigious award in 1991, the Semperit Irish Car of the Year in Ireland.

A new version of the Fiat Tempra was made in Brazil, named 16 valves Tempra. This car was used in the prestigious and global Formula One as the Safety Car during the season of 1993.

In this article, we did a complete walkthrough on all the specifics of the Fiat Tempra classic car. Before you decide if you should add this to your classic car collection, let us do a quick recap of all that we know about this car.

Excited about all the facts that you gathered about this classic car? We say you take a look at one of these at a classic car shop to personally see it inside and out!