I’ve been into cars since a family member bought me a toy car when I was about a year and a half. That toy car was the first of what today has become a large collection of model cars ranging from 1/12- to 1/87-scale.

My collection started to include 1/1 cars at the age of 15 when I bought a 1984 Saab 900 S with a bad automatic transmission. Today, I’ve got enough cars to create my own traffic jam – some run, some don’t, some are for parts, most of them are pictured below.

1969 Renault 4. A very original car that only has 73,000 documented kilometers (roughly 45,000 miles) on the clock. It’s a project that needs brake, fuel delivery and electrical work.

1978 Citroën 2CV 4. I purchased it from a man who had it sitting on his farm. After work on the brakes, the body, the carburetor and the electrical system, it passed inspections and is an occasional driver. 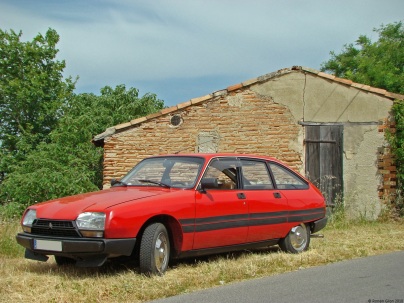 1972 Volkswagen 1302. It’s mechanically sound — I drove it halfway across France. The plan is to get it looking stock again. I took the photos below right after I bought it. I’ve since removed the tint, fitted a set of original steel wheels, and replaced the go-kart steering wheel with the four-spoke unit it originally came with. I still need to source a set of period-correct front seats. 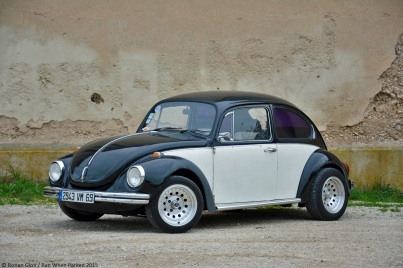 1971 Fiat 850. Purchased after courting it for over a decade. It was parked in the early 2000s, but it’s complete and largely rust-free. It’s one of my on-going projects.

1972 Morris Mini 850. I bought it in 2018 from a former Citroën mechanic who parked it in 1980 after the person who brought it in for repairs didn’t pick it up. It’s 100% rust free, but everything else needs to be fixed or replaced. This is also an on-going project.

1980-something Renault 4 F4. It cost me 100 euros; ’nuff said. No title, no history, hand-painted, covered by an inch of moss, parked for 23 years under a tree, anything but original, but it started after I poured gas down the carburetor. It’s also shockingly solid underneath.

Other, less interesting cars in my fleet include a 1995 Peugeot 306 with the 1.4-liter engine and a 1992 Fiat Uno (both inherited), a 2004 Ford StreetKa (my wife’s car), and a 2007 Renault Kangoo turbodiesel (my daily driver). The Kangoo is useful because I need to haul firewood, my mountain bike, parts for the other cars, and the mopeds I occasionally drag home.