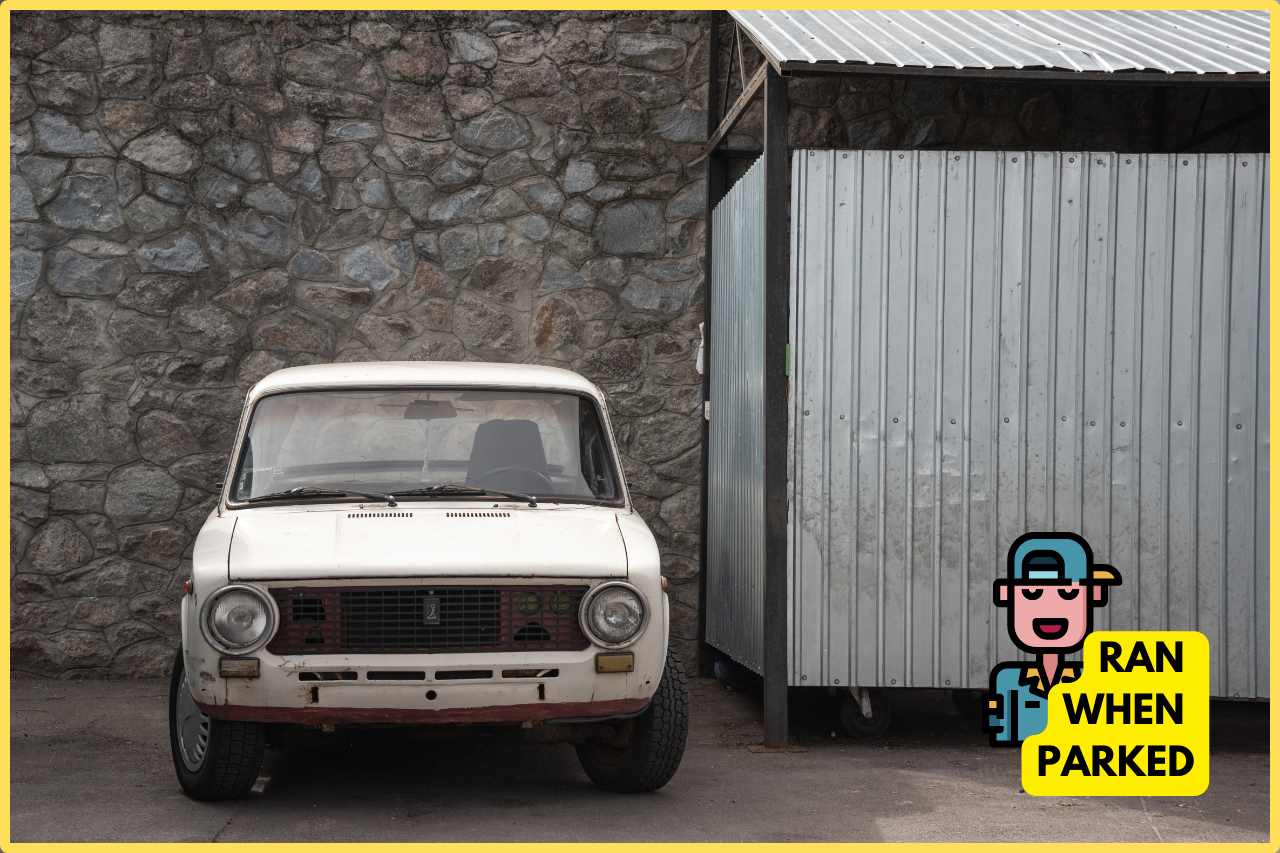 Niva Lada is a boxy yet durable car made in Russia that has withstood the test of time for over four decades. Due to Russia’s brutal weather conditions, this car is highly regarded as the one that can survive such bad weather situations. This 4-wheel drive has been beloved for a long time now, but what makes this car stand out among other tough SUV cars, and how did it stand the test of time? Read this article to find out more details about this legendary car.

Overview of the Niva Lada

The Niva legend is one car that has found a market in most countries outside Russia. This car was developed to suit tough terrains and harsh climate conditions, which makes it a very popular choice among car enthusiasts around the world.

Russia was always known for its rough weather conditions and freezing temperatures. This cold weather and heavy snow did not let most regular cars survive in this country for a long time. Small cars with front-wheel drives were affected the worst. Many companies tried to toughen their regular cars for the Russian market, but nothing worked. Then came the age of the Niva Lada, which was manufactured, produced, and sold in Russia itself. It has been more than 40 years, and to date, this is a trusted brand in Russia, and they still make new versions of this car.

When the Lava Nida was first made and in the prototype phase, it was called a mix of Renault 5 put on a Land Rover chassis. The development of this particular model started in 1971 and was developed to make it suitable for the Russian rural environment. VAZ and AZLK designers worked together to make a visionary car exclusively for the Russian people. The car is said to have been inspired by the IZh-14 prototype of 1974.

The final prototype of the car also had a lot of inspiration from the Fiat 127. Before this car went into production, it was tested for many years by a team of car makers led by Vadim Kotlyarov. This car came in as a clear competition for Western off-road vehicles. In 1976, the first prototype of this 4-wheel drive vehicle arrived on the market. This final prototype had a lockable central differential and very high ground clearance for the rural market it intended to cater to.

After the 25th Convention of the CPSU, the VAZ prototype of the Niva Lada car was given the go-ahead for manufacturing. This step was taken since this model outperformed its Moskvitch 416 AZLK counterpart in terms of design and practical performance. For domestic customers, the vehicle was referred to as model name VAZ-2121 (also known as the “Niva 2121” or was sometimes termed as the “VAZ Niva”). This car was known to be a high-speed car compared to all the other VAZ models’ increased functionality and convenience. It also had a good pairing of the fast speed and convenience of a Zhiguli model with the functionality offered by a UAZ car model.

The initial export models of this car were developed in 1978 and were launched only at the Paris Motor Show. They immediately dominated about 40 percent of the market among all the four-wheel drive cars in Europe, becoming Lada’s best-selling export. National production of this car commenced in the year 1977, on the 5th of April. Starting in the early 1980s, it became the sole Soviet vehicle ever produced in Japan, where it served as the model for the Suzuki Samurai.

Despite the fact that the car was created especially for Soviet residents, domestic customers had to endure long wait times due to export growth, and greater priority was provided to exporting operations. The high demand and various designs and models of the car that came into being after this showed a clear sign of how this car was making its mark in the automobile industry.

The original Niva produced in the 1980s was equipped with a four-speed manual transmission and had a normal aspiration process with a 1.6-L overhead cam and a four-cylinder petrol-driven engine. This generated 56 kW and 126 Nm – 93 lb-ft, which works at 5,000 Revolutions per minute. The driving system used the center, rear, and front differentials.

There were two levers in the transfer case: one was used to bolt the main differential, and one to switch between high and low ranges. This design naturally required the usage of a clutch, and it had to be appropriately selected, much like standard gear shifting. The maximum speed of this car was 81mph.

The front suspension is independent and has coil springs on all four wheels of the car. The rear back axle, however, has a five-link active axle with a ratio ranging from 3.90 to 4.30, which was completely dependent on the version and location. The vehicle has a 235 mm ground clearance and can be submerged up to 510 mm deep inside the water.

The clutch is hydraulic, and the brakes of the car is a dual-circuit with servo assistance. Its diameter was 36.25 feet. With the back seats folded and put down, there is 0.48 m3 (17 ft3) of cargo capacity, and just like the traditional Zhiguli model, the front portion of the seating area can be configured to create two berths. Below the bonnet area, in the engine compartment, is space for a spare tire.

Before purchasing the vehicle, foreign (typically Western) buyers asked the local Niva Lada importers to offer some of their own personalized extra features, such as roll and bull bars for the front and rear, the sides having rocker rails, a winch, roof rails, or some added fender plastics, extra headlights for the bumper in the front, and roof rails. They also added some after-production/sales aluminum rims, which are frequently seen attached to many Lada Niva cars.

When the Niva Lada started to be imported to various countries, different markets wanted their own design innovations. The demand was so high that the makers started customizing the models according to the country it was exporting to.

Local Lada importers in multiple regions developed their own improvements in the 1980s to better compete with more contemporary SUVs. Large body decals, roof rails, footboards, 15-inch alloy wheels, and on some models, a skylight, metal bullbars, headlights, a spare tire positioned in the back, and semi-bucket seats were all standard on the Cossack model in the UK.

Importers produced similar enhancements for other markets, many of whom went by the name Cossack. Official Niva imports to the UK were discontinued in 1997 due to the importers’ inability to locate the GM fuel injection unit needed to meet the increasingly stringent UK emissions laws. Many attempts were made to make the Niva Lada in the UK, and finally, in 2010, it was again back in the market.

Mostly in the late 1980s and the early 1990s, Automeccanica built various Lada Niva models, including a convertible model that was internally created. Aymesa also built the Lada Niva in Ecuador from December 2000 to 2004.

– Standing Up Against Extreme Tests

The legendary VAZ-2121 Niva (Lada Niva 1600) was deployed by the Soviet Antarctic Mission for the transportation of people and goods, contact between Antarctic outposts, and pulling boats. It became the first wheeled automobile to spend over a decade in Antarctica and still stands strong. Between 1990 and 2001, it traveled more than 40,000 kilometers (24,855 miles) and ran at 130 degrees Fahrenheit.

The VAZ-2131 Niva was released by parachute on ice and still managed to complete its route. The average temperature was at least -22 degrees Fahrenheit, making it the first wheeled vehicle to spend time in such extreme conditions. A Niva also made it to the North Pole in 1998. In 1998, a different VAZ-2131 climbed to the base camp of Mount Everest, which is at a height of 5,200 meters.

A year later, on September 16, 1999, a similar Niva belonging to the Saint Petersburg extreme expedition team reached a height of 5,725 meters on a Tibetan mountain while off-roading, breaking the previous record of the highest point ever reached by a motorized vehicle.

The current Lada Niva legend car has been changed in many ways to suit the modern world. Its design is no longer so boxy. People also complained that this car was too noisy for some because the engine was thought to be crude. The new design by the makers has tried to omit all these issues but has still stayed true to the original version.

This car has particularly short overhangs, making it easier to maneuver through rough terrain and safer to park close to the curb. The greatest option for both the city and the wilderness is the compact body. The hood, doors, and wheel arches’ curved lines are timeless design choices that work wherever and everywhere. It now offers multiple models with endless color options, and its other top features now include:

This car, which was once designed as a rural vehicle, is now highly regarded as an urban car. This car and its durable body offer excellent protection, and this design has been very well received by many families.

In 2002, there was an incident when the Niva Lada car was awarded zero stars among four stars for safety. This review was written by the Russian ARCAP safety-assessment program after a close assessment of the car and its models, but they also mentioned that this car’s “rugged” and tough body was one of its best features. This gave the car a lot of protection from harsh weather and uneven rural terrain.

However, the car designers said that the review was done on an old car version when safety standards were not so important. After the complete modernization of the car, it is known to be one of the safest and toughest vehicles in the international market. This now includes both active and passive safety measures and has been beloved by many modern buyers.

One of the most notable owners of this automobile is Vladimir Putin, who purchased a Niva in May 2009. He displayed his off-road vehicle with an Opel engine and camouflage paint in the Russian media, ostensibly to support domestic automakers despite the economic downturn.

Aleksandar Kolarov of Serbia won a Lada 44/Niva as a compensation prize and a token of appreciation for scoring a goal in his squad’s match against Costa Rica in the 2018 World Cup in Russia.

The Niva Lada legend has managed to outlive many other cars of its time, but what are the things that helped it do so? Let us take a quick recap to remember.

So, do you think this is a good buy for you? We suggest you head to a store, check out the model, and do a test drive to understand all its features and experience them first-hand.