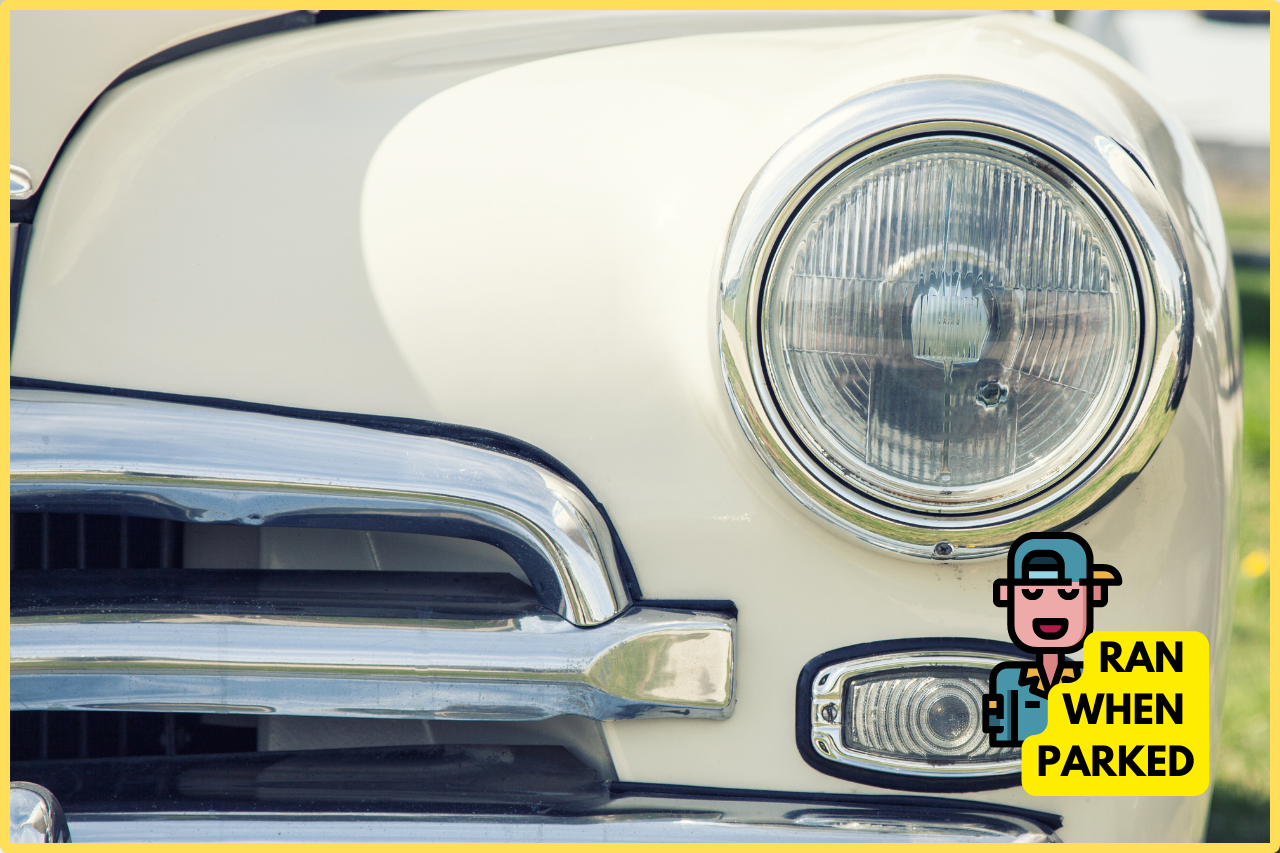 Goliath car GP 700 was one of the most magnificent cars of Goliath-Werke Borgward & Co. It was a popular name amongst automobile lovers during the 1950s. Goliath GP 700 specs include a front-wheel drive car with excellent and powerful features of its time, including an in-line two 688 CC two-stroke engine with spark ignition and Bosch fuel injection system. Here are the key specifications of the Goliath GP 700:

Goliath GP 700 boasted an in-line two 688 CC two-stroke engine with spark ignition and Bosch fuel injection system. The engine used oil mixed with gasoline and was naturally aspirated. It could generate a maximum torque of 59 Nm with a power output of 29 hp. Goliath claimed that the car could achieve a maximum speed of 120 kmph.

The gearbox of the Goliath GP 700 was equipped with a four-speed manual transmission system. It was a lightweight vehicle with a curb weight of around 795 kg. The company claims that GP 700 could reach 0-100 kmph in around 37-38 seconds.

The front and rear suspensions of the Goliath GP 700 were rudimentary but delivered great comfort for a vehicle of that time. The car’s two seats used leather upholstery to provide maximum ride comfort.

The design of the Goliath GP 700 was an aesthetic marvel that looked a lot like Porsche 356. It was the pioneer of ponton design that involved the integration of the wings fully into the body. It allowed the passenger cabin to achieve the entire width of the car.

Almost 10 years after the launch of the Goliath GP 700, the ponton format cars became mainstream. Thus, Goliath GP 700 was considered to be ahead of its time.

Goliath made its name by producing three-wheeler passenger and freight vehicles that were immensely successful during the 1920s and 1930s. Once very popular and affordable, the three-wheeler vehicles of Goliath are almost extinct now and can only be found in the collections of a few antique automobile collectors.

Although Goliath’s three-wheeler vehicles were affordable and economical, they lacked sufficient power. They could primarily facilitate transportation for two people, and only if the weight of the passengers allowed them for it. Goliath Goli was the last three-wheeler vehicle produced by Goliath until 1961.

The founders wanted to create a vehicle that could be simple in functionality but a true workhorse, yet affordable enough for everyone. So the company launched three-wheeler vehicle models back to back, which could transport goods even in remote areas with bad terrains. Here are some popular ones:

These three efficient goods carriers were initially based on the weird combination of an older freight truck Goliath Rapid, a bigger version of the vehicle named Standard, both of which were previously manufactured by Carl Borgward in his small factory, and a German motorcycle.

Later, the manufacturer released two more trucks, Express and Atlas. After some time, Goliath Atlas, with a closed cab structure, further rebadged as Hansa-Lloyd Atlas and relaunched in the market.

It was the company’s first of their passenger vehicle line, which, interestingly, was a three-wheeler classic car with a single-cylinder engine design. Pioneer featured not only one but a variety of body types to suit the popular demands of that period and sold 4,000 units total in its lifetime.

These two vehicles were three-wheeler truck versions of the passenger car Pioneer and were entirely based on the same platform, with some minor design tweaks to make it a goods carrier. The company later transformed both the trucks into a sheet metal body structure to get rebadged and resold under the Hansa brand FW200 and F400.

Although Goliath had already come up with Goliath K1, a four-wheeler freight, in the late 1920s, they still needed to produce a four-wheeler passenger vehicle because it was becoming all the rage. Goliath realized that three-wheeler automobiles were not going to survive in the future.

Therefore, they re-engineered Goliath Pioneer into a four-wheel car and marketed it under the Hansa brand as Hansa 400 in 1933. However, the biggest flaw of this car was that it had a plywood body, which gave it a primitive look, and thus it was a flop.

However, in 1939, they launched a new model named Hansa 1100 with a bigger and more powerful engine with a steek body. The appealing styling and powerful four-stroke engine contributed to the massive success of the Hansa 1100, and it witnessed a skyrocketing demand. The demand was so high that Borgward had to set up a new factory with the latest facilities at Bremen to bridge the gap. The factory is still operational and currently produces Mercedes Benz models.

After World War II, Goliath went on to produce many four-wheel passenger cars that earned it huge popularity and success. Goliath GP 700, Goliath GP 900, and Goliath 1100 were successful cars of their time. However, out of all these cars, the one that revolutionized everything for Goliath and the then automobile industry was Goliath GP 700. Here are some of the most popular four-wheeler vehicles of Goliath:

After the initial success of its three-wheel models, the company soon launched Goliath K1, which was, interestingly, a four-wheeler lorry. It came with a simple open cab design, which was minimalistic but surely a powerful and sturdy vehicle.

The Goliath GP 1100 was produced between 1957 to 1961. It was powered by a 4-cylinder engine with a displacement of 1.1 liters and produced a maximum power of 40 bhp. Its top speed was about 130 km/h, which was pretty fast for its time. It was later marketed under the brand name Hansa 1100.

Carl FW Borgward started Goliath-Werke Borgward & Co. in 1928 with Wilhelm Tecklenburg as a part of the Borgward group. From Bremen, Germany, Goliath produced several vehicles, including three-wheeler and four-wheeler cars and trucks. Goliath’s early take was on three-wheeler trucks that were derived from motorcycles.

Interestingly, the first passenger car developed by Goliath, i.e., Goliath Pioneer (1931), was also a three-wheeler vehicle with a single-cylinder engine. Although Goliath started with four-wheeler vehicle manufacturing in the late 1920s with its truck K1, it was not until World War II ended that their cars started turning heads.

Goliath cars were top-rated during the 1950s. However, the Borgward group wanted to break away from its image as a three-wheeler manufacturer. Therefore, they started selling their cars under a new brand name — Hansa. Later, the Borgward group collapsed in 1961 owing to a severe financial crisis.

The Goliath GP series was the most revolutionizing chapter in the history of Borgward. Their first automobile post World War II was Goliath GP 700, produced from 1950 to 1957. Later, Goliath GP 900, the coupe version, also joined GP 700, which was produced from 1951 to 1953. However, the popularity of the Goliath GP 700 was far more widespread than that of the GP 900. Therefore, GP 700 remained on the production line up to 1957, i.e., even after the discontinuation of production of GP 900 in 1953.

The GP 700 first appeared during the Geneva Motor Show in March 1950. While several upgrades accompanied the model throughout its life, the most significant was its GP 900 E model of 1955 with an 886 CC engine. It had a 38 percent enhanced power output.

Goliath GP 700 was the pioneer of the ponton format automobile. While other prominent automakers like Mercedes and Opel were still selling models with designs from the 1930s, Goliath’s decision to roll down with ponton design was a bold and innovative move.

Moreover, Goliath GP 700E was the first car that used a direct injection system, revolutionizing the automobile industry. Bosch developed the fuel injection system used in the car to enhance its performance.

Goliath’s early three-wheeler vehicles were not a huge hit, but they did earn Goliath a name and reputation of being an automotive manufacturer in Germany. Moreover, their affordable three-wheeler freight vehicles were much more desirable for a war-struck country like Germany.

However, Borgward was quick to comprehend the changing global automobile landscape. The innovations of Borgward’s Goliath led them to pioneer upcoming automotive design and technologies, both of which were first incorporated in the Goliath GP 700.

The success of the Goliath GP 700 can be gauged from the fact that even today, it’s more exclusive than a Porsche 356. The styling of the Goliath car was so ahead of its time that the big bulls of the automobile industry also followed its path. Even the US automotive giant Ford adopted Goliath GP 700’s ponton style a decade later in 1961.

Apart from the above, the Bosch fuel injection system used by Goliath in GP 700 Sports in 1952 transformed the upcoming automobile landscape for two-stroke engine cars and four-stroke engines. It all made Goliath GP cars one of the most desirable automobiles with great power, exquisite styling, and great comfort.

A Goliath car today is a vintage collectible with far more value than it had during its time. Borgward produced Goliath vehicles in Germany, which were prominently available across Europe and mainly in Germany, and only a very few of them were exported overseas. Therefore, Goliath vehicles can be prominently found in the collections of German and European vintage car enthusiasts.

If you want to buy a Goliath car for sale today, you can contact a current owner to know if they want to sell it. Other than that, you can also visit an auction where this vehicle can be found. You can also find cars listed on some websites for sale, but it is essential to evaluate the authenticity of such a website before buying a Goliath car online.

Even though Goliath is a fairly unknown automobile brand, it played a big role in developing modern-day vehicles. It was a pioneer in many aspects of the field of automotive manufacturing. Here’s a quick roundup of our article.

The design and build quality of every Goliath car were superior, and while most of them didn’t hold the test of time, their legacy remains.