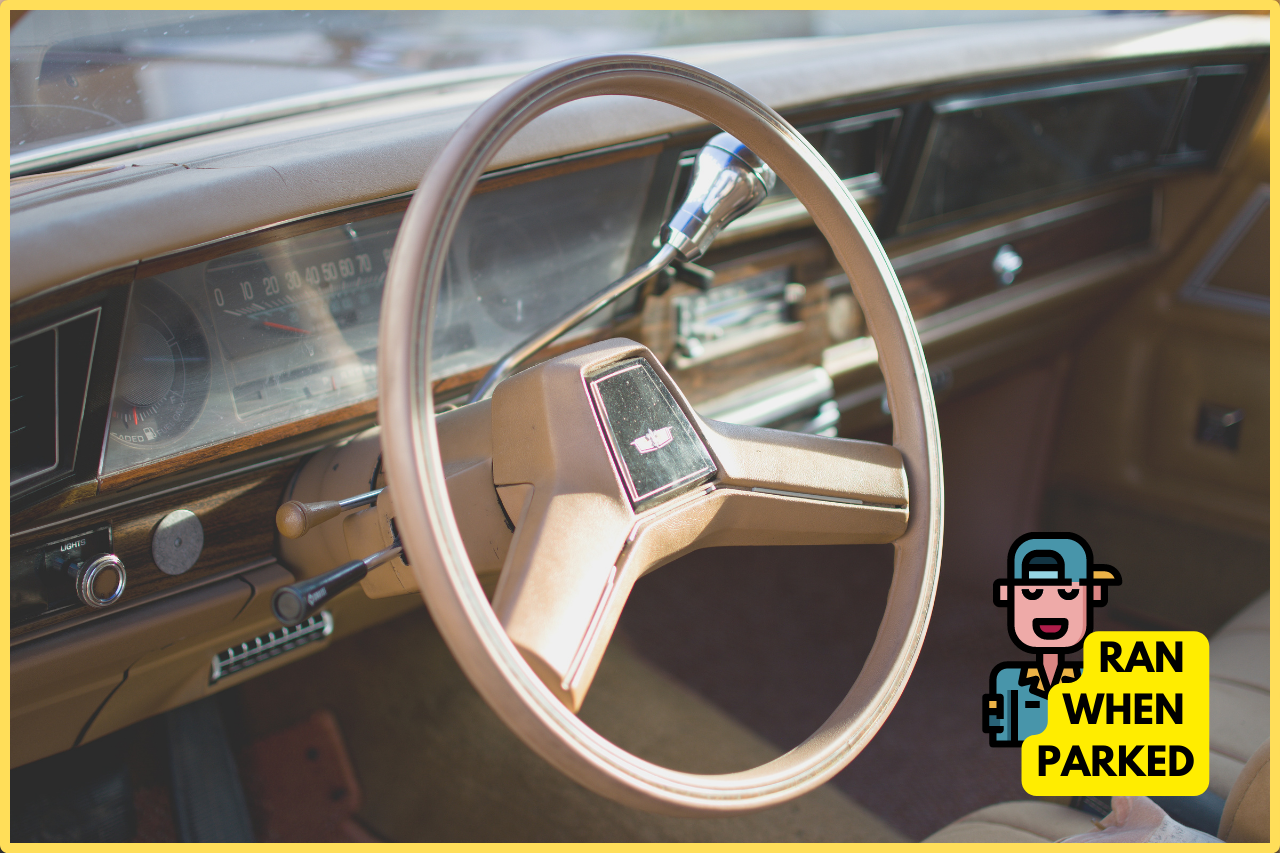 1980 Renault 5 Turbo is truly in a class of its own — not only is this car reminiscent of the colorful eighties, but it is a masterpiece that was ahead of its time. Introduced as a front-engine economy hatchback car with front-wheel drive, the Renault 5 quickly became Le Car in America, giving way to its cousin, the Renault 5 Turbo. The Renault 5 Turbo was originally designed and released in 1980 as a rallying car but later began to be sold in street versions. Gear up as we share our exclusive review of this boxy hatchback car and whether or not you should invest your money in it.

Renault 5 Turbo specifications include being an elegant supermini that boasted some of the best fittings. It sported an In-line 4-cyl, 1397 cc, turbo engine, as did the Turbo 2. It generated a max power of 160 bhp at an rpm of 6000, which was like the next generation offering.

With this, the Turbo was able to attain a claimed top speed of 130 mph, attaining 62 mph from stationary within 6.6 seconds, while the latter was limited to 126 mph, with the initial acceleration taking 7.7 seconds.

A classic eighties car, the Renault 1980 Turbo 5 can be described as colorful and box-shaped. Jean Terramorsi, vice-president of Renault Car production, formed the idea to present to the world a newer version of the Renault 5 Alpine supermini in a sports version.

The newer structure with new rear bodywork was designed by Marc Deschamps under the Chief Designer Marcello Gandini. Some structural changes were introduced in the base Renault 5 Alpine model, which was used as the mannequin, leading to the formation of the rally car, the Renault 5 Turbo.

The Renault 5 Turbo was nicknamed the car Project 822. The main differences in the rallying model that were introduced were changing from a front-wheel-drive in the supermini Renault 5 to a rear-drive, mid-engine version in the 1980 Renault 5 Turbo rally version.

The car was styled to make it look boxy with fun color schemes of mad red and striking blue. The steering was asymmetric to make the car look unique and stand out from the rest. Comfortable rear seats were replaced with an engine, which was the same turbocharged unit from the Renault 5 Turbo Alpine, a 1.4-liter turbocharged unit. The power and torque developed were superior at 160 bhp at 6,000 rpm and 163 lb.-ft at 3250 rpm, respectively.

The engine was mounted longitudinally and not transversely, thereby allowing the body to be slim, aiding the driver to drive them hassle-free. The car’s torsion bar rear was replaced by more powerful versions from that of the Alpine’s A310. The tires of the car measured 190 sections in the front and 220 sections in the rear.

The model came with an aluminum roof, a stronger body, and door panels. These only added to the insane interiors of the car, thereby making this car super distinct. After the launch of the Renault 5 Turbo 1 in January 1980, the Turbo 2 was released in 1983. The manual transmission was derived from that of the Renault 30 TX, which could rotate at 80 degrees.

Like all things French, their cars are unique as well as brilliant. Built as a successor to the Alpine Renault, which was highly successful and dominated the European rally competitions, the Renault 5 Turbo was the most powerful production car of French origin at its launch.

The prototype for the Renault 5 Turbo was developed in the small factory at Renault’s Dieppe facility for Alpine Renault. Initially named project 822, the production design was highly based on that of the Renault 5, which was a front-wheel, front-engineered hatchback economy car. The plan was formed and completed by a group of engineers, four in number, to be exact.

In Formula One terms, the Renault F1 team was preceded by the Benetton Formula team from Enstone, Oxfordshire. In 2000, Renault completed an acquisition of the Benetton team; in 2002, the team was re-branded as Renault.

Renault was first established as Régie Nationale Des Usines Renault en France. Today, the company is controlled by the central French government and is the largest motor vehicle manufacturer and exporter in the country. Its headquarters are in Boulogne-Billancourt, an arrondissement of Paris.

– Changes to the Initial Plan

Though the initial planning was to use a space frame chassis and then mount the body panels, the design was becoming too expensive and time-consuming. To reach a compromise, the plan was later shifted to a smaller sub-frame, which was installed in the rear. This helped hold the transmission and the engine in the middle, just behind the driver.

The Cléon-Fonte engine was specially designed for the Renault 5 Turbo, which happened to be an engine with a 1397 cc capacity coupled with a turbocharger. This made the Cléon-Fonte engine more powerful, generating a power of 158 hp and a torque of 163 lb. ft in street trim. This gave rise to a high-performance car with a rear engine that proved to be a hugely successful rally car, winning the Monte Carlo Car Rally in its first race attempt in a World Competition or Rally Championship.

Slowly, after the release of the new Group B cars, which were all-wheel drive, landed in the markets, the Renault 5 turbo, which was rear-drive, lost in speed. After a promising and fanfare-filled release in 1980, a total of 4,987 Renault 5 Turbo cars were produced during the period spanning six years. This number included 1,820 Renault 5 Turbo 1 and 3167 Renault Turbo 2. To date, The Renault 5 Turbo is known as the most unique and eccentric hatchback car released to the world and the top in the scene at the time.

Renault car models, both old and new, are considered reliable cars. They have relatively lower repair costs, and even older cars have been consistently dependable over years of operation. Their overall claim to reliability is further bolstered by the fact that they spend little time off the road even when they do go wrong.

Renault has been manufacturing cars ever since 1899. As a part of their Reannulation scheme, Renault announced plans to launch the electric Renault 5 prototype in 2021 that follows the footsteps of a timeless classic car. The vehicle is supposed to be launched in 2024.

Other than all in-house models, Renault diesel engines are also used in Mercedes Benz A-Class vehicles. More specifically, they use the 1.5 L dCi Renault engine that accelerates from stationary to 62 miles in approximately 10.5 seconds, churning a total power of 114 bhp. Other than Mercedes Benz, Nissan and Dacia also use the same engines, so you can be sure of its reliability.

The Clio Williams and RS Meganes were some of the most notable and influential hot hatches to ever emerge from the stables of Renault. However, the very first notable Renault hot hatch was released years ago in the 1980s; the Renault 5 Turbo. In the 1980s, Renault’s accolades and success in motorsport led it to produce several high-performance models. The mid-engine Renault 5 Turbo was a hot hatch considered a significant Group 4 rally car and hardly had anything in common with the road variants.

The turbocharger contributed a relatively healthy 110 bhp to the mix despite its shortcomings in cramped and dated interiors and geriatric underpinnings. It’s best to be informed of the car and what it entails if you are still on the hunt for a Renault Le Car.

The hot hatch was able to get around even across the narrowest and most crowded streets with its simplistic, efficient, lightweight, compact, and utilitarian form factor. You’re likely to come across an electric version of the LeCar with slightly rusty seams on the front quarter and doors just above the badging and rocker stripes bathed in black and white paint, so pay attention to the area.

The two-door version of the hot hatch features a metal pusher slightly ahead of the front bumper, European-styled square headlamps, and fitted with black crash bumpers. The body might still carry signs of several noticeable dings and dents. The exterior is finished with standard steel wheels around the car.

The theme of simplicity carries inside the car as well. The interior is adorned in tan vinyl across the rear bench seats, the front buckets, and the door panel covers. To the left side of the steering wheel is a simple enough dashboard with a set of extra electrical voltage meters that helps monitor the status of the batteries.

The whole theme is very standard Renault, with shapes and designs aligning to the rectangle and square era of the 1980s. However, do notice the carpeting as the tan tends to flood the floors, requiring thorough cleaning. The entire interior is completed by an unexpected triangular pleated headliner too.

The car is optioned with a 4-speed manual transmission and a total of 4 12-volt batteries that take the running capacity to 48 volts. The electric motor in this mid-engine car is placed near the rear wheels and has been supplied by the Prestolite electric motor company. Make sure to double-check the details and ensure they are aligned.

Once you have checked for the obvious signs and symptoms, be wary of the overall form of the vehicle.

If you are still in the market looking for 1980 Renault 5 Turbo for sale, you can hardly go wrong with this. Just make sure you know exactly what you are buying by following this extensive guide.

That was our take on the classic 1980 Renault 5 Turbo. Let us try to summarize all that we have discussed in this article so far:

The Renault 5 Turbo revolutionized the concept of a hot hatch in the early 1980s across Europe and elsewhere. Filled with the classic French flair, the Renault was a sheer joy to drive, something it has managed to retain even today.