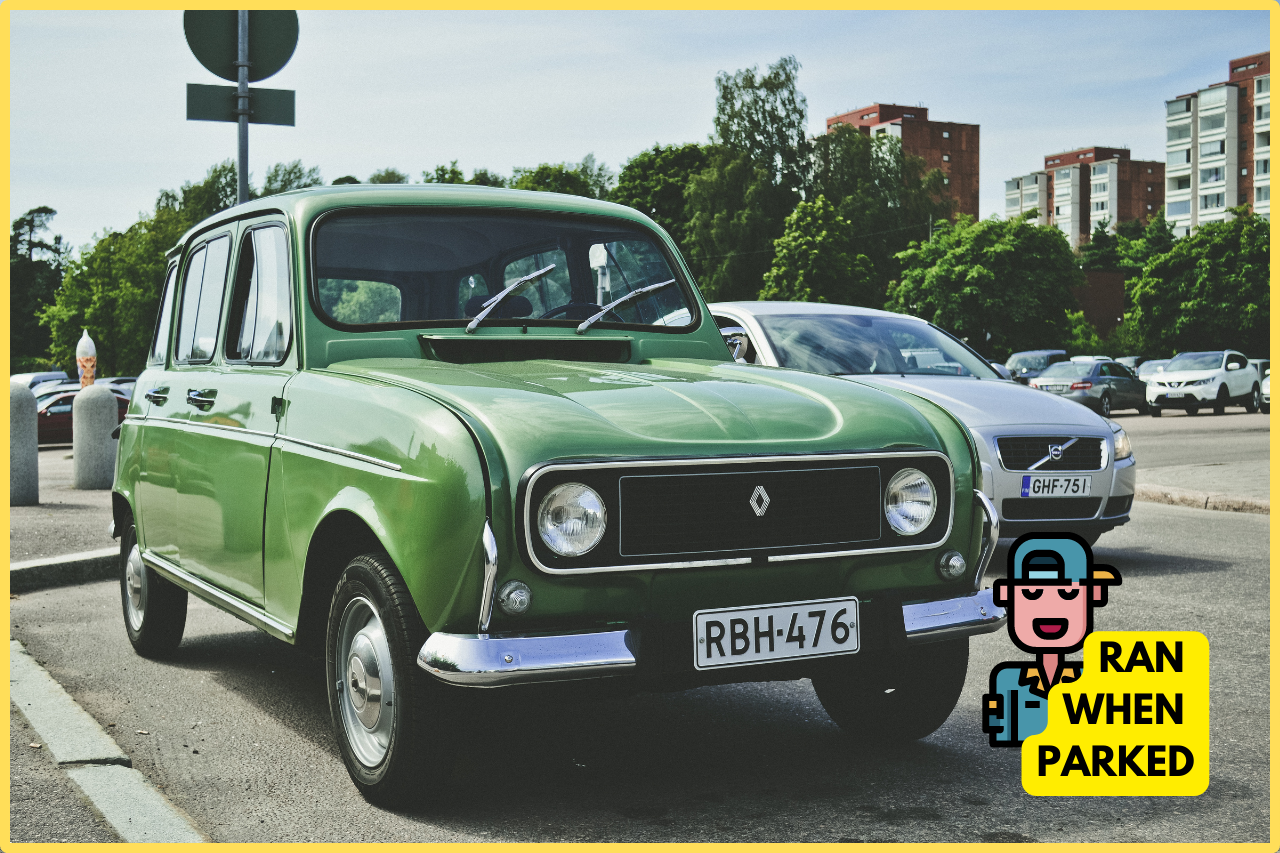 The 1967 Renault 8 Gordini, once known as the Renault R8, was one of the most popular family cars back in the day. It was infamously produced by the French car producer Renault and was known to be one of the few family cars offering luxury. They started their production in 1962 and continued for nearly a decade. Want to know more of these amazingly intriguing facts about this classic old car? Read this article to find out.

The essential specs of Renault 8 Gordini include a rear-engined, rear-wheel drive, which was common for a moderately small family car during its time. It also offered touches of luxury, making it the talk of the town back in its glorious days.

Later, the French manufacturer went on to produce more cars from the Gordini range of cars. In the latter part of the 1960s, they launched the Renault Gordini 10, and soon after that came many other upgrades. They even launched a Gordini 12, but none had the charm and popularity of the 1967 Renault 8 Gordini. In the sections below, we will try to find out why.

Here are the detailed specifications of the 1967 Renault Gordini car:

– Mix of Luxury and Practicality

This car was designed and manufactured with the initiative to increase passenger cars in France and other European countries. Back then, luxury cars were not something that common people could afford, so this car was a mix of luxury with a practical approach to becoming a favorite family car among the European population. This car was meant to be compact yet still have enough features to be one of the best productions of those times.

– The Story of Automatic Transmission

In 1963, the 1967 Renault 8 Gordini started to offer its customers an automatic transmission system. This was initially only launched in France with a unique design that Jaeger developed. The display and first public appearance of this design and upgrade were first showcased in September 1962 at the Paris Motor Show. Back then, it was known as a take on an automatic transmission. But later, people realized it was just an automatic clutch that they were witnessing in this car.

– How the System Works

The system employed a dash-mounted control panel that detected vehicle speed and throttle position. The dashboard also had a dedicated push-button with its own control panel. The drivers could use this push-button to choose forward or reverse options, and it made driving much simpler for people in those days. This game gives the driver a lot of control over their movement without using the stick directly.

The dash-mounted panel and push buttons we just mentioned were used to send signals to a “relay case.” The relay case contained electromagnetic switches, which were used to control a decelerator.  The button was used to shut the throttle and helped in the gear-changing. A solenoid chooses the reverse, first, second, or third gear shift, which was done through a reversible electric motor. This directly engaged with the gears and caused the shift, which is why the whole process was electromechanical. It did not involve any pneumatics, hydraulics, or electronics.

Benefits included similar fuel efficiency to the manual variant and simple automobile adaptation. Performance was reduced (because there were just three gears available), and gear changes were slightly clunky.

– Improvements of the Renault 8

The Renault 8’s first design prototype closely resembled the Renault Dauphine. The design was made by Philippe Charbonneaux and was a very boxy model, like its inspiration. It later found some changes, and they added thick cushioned front seats that were 60 mm (2.4 in) wider, at 560 mm (22.0 in), than those in the Dauphine.

The engine was designed with inspiration from the Renault 4 with a secure cooling system. The new French style introduced a four-wheel disc brake, one of the first in the French car styles. This was very new for a salon family car of this size. It then came as a pioneering work of vision and innovation.

In 1964, the producers launched a more powerful version known as the 8 Major (model R1132) with an 1108 cc engine. That same year, the 8 models R1134 Gordini, which featured a tuned engine with the same capacity but 90 PS, was also released (66 kW; 89 hp). A cross-flow head and two dual-choke 40mm side-draft Solex carburetors were used to add power.

This version had upgraded springs, two rear shock absorbers, and a four-speed close-ratio manual transmission installed. At first, the sole color option for the R1134 Gordini was blue with two stick-on white stripes. The larger 200mm headlight units were another way to tell it apart from the 8 Major. In 1965, the makers replaced the Renault 8 version with the new Renault 10 version. This one had a different front and rear styling and was a close second to the Renault 8.

Over the years of its production, the 1967 Renault 8 Gordini has undergone many facelifts and some serious changes in its appearance. Later, the makers brought in some innovations and used two headlights. These lights were almost like the Cibie Oscar lights meant for driving. They were added to the R8 Gordini in 1967. The engine of the car was also upgraded and became a 1255cc unit with 100 PS. The R1134 Gordini head design and the cross-flow were kept inspired by the original version. The two 40mm Weber carburetors, which were side-draft dual-choke, were also kept intact.

In 1969, the Gordini 8 and 10 versions underwent significant revisions. A new version of the 8, known as 8 Major, substituted the base model of the 8 after some of the characteristics of the 10 were incorporated into the 8, and it became almost a blend. The 8S was then launched as a sporty model which housed a powerful 1108cc engine. This new engine was also part of the new models that came after this version. The center headlights on the 8S type were just for high beams, just like the R1135 Gordini.

Though this car is infamously known as the 1967 Renault 8 Gordini, it is surprising that the makers started producing it in 1962. This particular version of the Gordini was there in the French car market for just over a decade, 11 years to be precise.

In 1973, they stopped their production of this version in France, but its production and sales continued in many other parts of Europe. The same Renault 8 was manufactured in Spain with drum brakes due to their market demand.

The Bulgarian Renault car manufacturers continued making this car model until 1970. This was a collaborative initiative between Renault and Metalhim (a Bulgarian defense firm) and Bulet (a Bulgarian export trade organization). In those days, the Bulgarian version of the 1967 Renault 8 Gordini was known as the Bulgarrenault. This particular version was produced in Plovdiv, Bulgaria. They also went on to produce the Renault 10 Gordini shortly.

An adapted and inspired version of the Renault 8 was produced in Spain until 1976. They revamped and manufactured this car in Romania under a different trade name, Dacia 1100. They manufactured only 37,546 Dacia 1100s. The Romanians produced this car between 1968 and 1972, with official permission from Renault to rename the car and rebrand it.

When the 1967 Renault 8 Gordini launched in France, they also wanted to expand their production and sales. They initiated a conversation with Bulgaria about these expansion plans. Later, their government and car manufacturers agreed to this proposal and production moved forward.

When Bulgaria produced its own Bulgarrenault (a version of Renault 8 Gordini), they first only assembled the parts in Bulgaria. Initially, they only decided to import parts and put them together in Bulgaria. The French engineers got all the parts delivered from France and made the car in Bulgaria. But later, they saw the popularity of this car and started manufacturing them locally.

Victories at Rallies With 1967 Renault 8 Gordini

The 1967 Renault 8 Gordini is famous for winning multiple rallies and car tournaments, such as the Tour de Corse, Boucles de Spa, and Rallye Açores, among others. Some of the notable victories it has amassed throughout the years are mentioned below.

We covered a lot of fascinating ground on the 1967 Renault 8 Gordini and learned some interesting facts and history of the car. If you are a classic car enthusiast, getting your hands on this car might be on your list, but before you head on to do that, here is a quick review of all that we learned today:

Planning to add this car to your classic car collection? We recommend you find a live demo from a car collector to see the excellence of all the features for yourself.