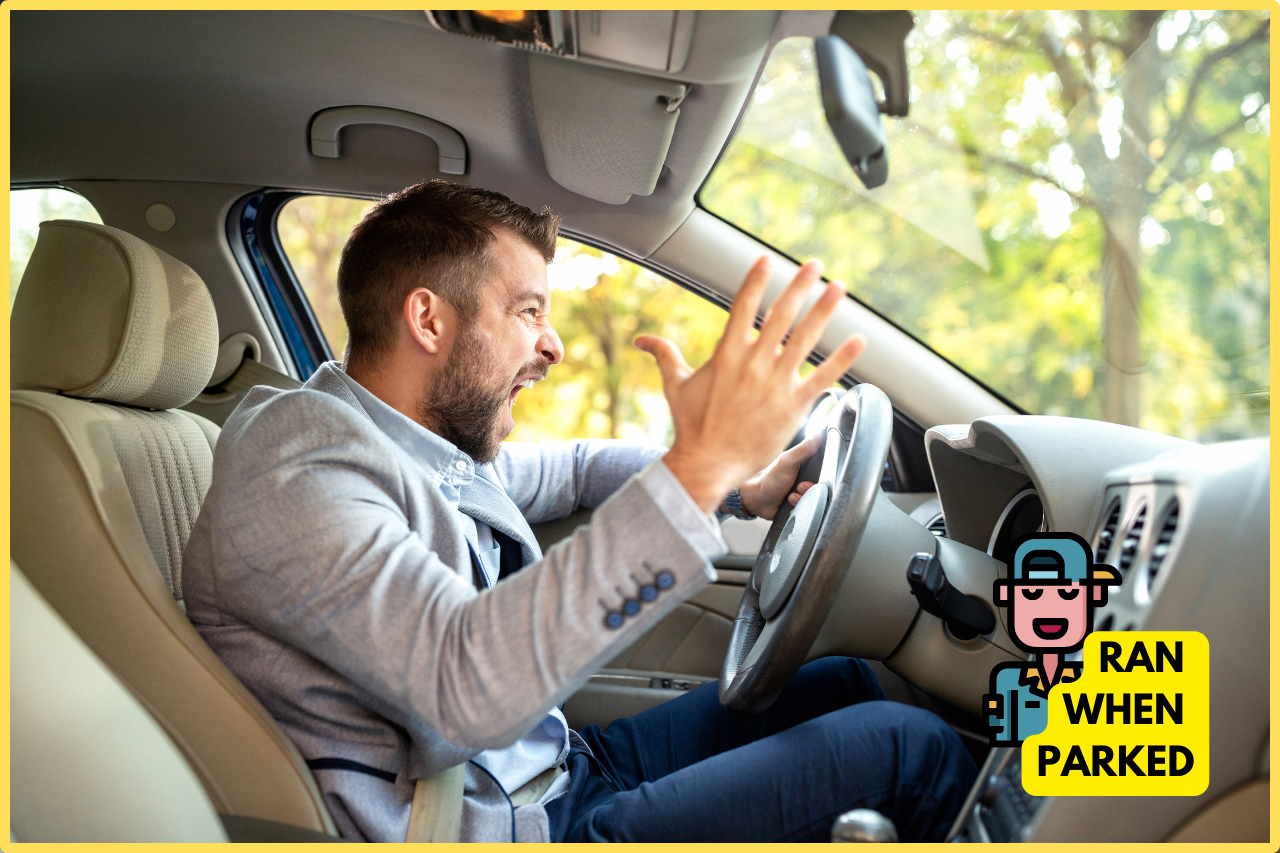 P0305 Ford F150 shows that one of the cylinders in the engine of the pickup truck has developed a fault and it is terrible news for the car. If ignored, the fault could cause the vehicle to run rough, destroy the catalyst, and even cause raw gas to pass to the exhaust. Thus, the problem must be rectified once it is detected to save the engine and the vehicle. This article will look at what P0305 is on a Ford F150, its causes and how to solve the problem.

Code P0305 Ford F150 is an On-board Diagnostic II code, commonly referred to as OBDII codes, that shows that the 5th cylinder in the engine of the Ford F150  is misfiring. This is especially helpful for mechanics as they can easily tell not only what the problem is but where.

A Code P0305 is better than P0300, which indicates that one of the cylinders is misfiring but doesn’t specify which one. Thus, P0300 Ford F150 is often followed by a number, mostly between 1 and 8 (depending on the engine) which tells the particular cylinder that is misfiring.

Take note that these are but a few engine codes that indicate trouble inside the engine. There are several of them, each showing exactly what is wrong with your car’s engine.

Now, all these must be timed perfectly to ensure that enough power is provided to the vehicle. Thus, if one the of processes is flawed, the cylinder will cease to function properly, which is termed a cylinder misfire.

Driving with a misfiring cylinder could put an unnecessary strain on the engine as it would struggle to hit the required power to move the vehicle. It could also cause pre-ignition, which is when the mixture of fuel and air ignites prematurely inside the cylinder. This can cause severe damage to the engine, which might then need a replacement. However, if it happened in the middle of nowhere and you need to drive to the nearest auto shop, then be sure not to exceed 45 mph.

Better still, have a towing company come to tow your car to a mechanic for servicing. This helps to keep the integrity of your engine intact and saves you the money you’ll use to replace the engine.

P0305 Ford F150 affects the vehicle by minimizing car performance, affecting the fuel economy, and possible damaging the catalytic converter. These factors could lead to disastrous results such as car accidents, a damaged car needing costly repairs, or other unfortunate events.

Once the cylinder begins misfiring, the check engine light will illuminate indicating there’s a problem in the engine that requires attention. A P0305 Ford F150 Ecoboost should be attended to immediately as delaying could put the vehicle and the life of the driver at risk. Here are a few problems that could affect your Ford F150 if you ignore code P0305:

– It Affects Car Performance, Which May Cause Traffic Accidents

Since the power provided by the engine is not enough to power the vehicle, it may perform poorly and affect the speed. Thus, the vehicle will fail to respond appropriately to how the accelerator is applied. If this happens in traffic, it may lead to a road accident as the driver may mistime situations and run into another vehicle.

There is also a noticeable jerk whenever you’re driving due to the misfiring engine and it may also vibrate uncontrollably while the vehicle is idling with its engine on.

– It Affects the Fuel Economy

A misfiring cylinder can lead to wastage of fuel as the gasoline is not completely burnt up during the process. Thus, the raw fuel leaks through the exhaust valve of the cylinder into the exhaust pipe. This can also affect mileage as the Ford F150 won’t be able to cover the miles it used to a certain amount of fuel. Consequently, you’ll have to buy more fuel for less mileage and this can cause a strain on your finances.

– The Catalytic Converter Could Be Damaged

The leakage of the fuel through the exhaust can damage the catalytic converter, which could lead to numerous problems including a dip in engine performance. A catalytic converter is an attachment to the exhaust pipe that changes the harmful exhaust gases into harmless steam. It enhances car efficiency and improves the overall health of the vehicle. Thus, a damaged catalytic converter could cause environmental and well as vehicular problems.

Here are a few common causes of misfiring cylinders in an F150 engine:

A coil pack is an ignition coil that transforms the low voltage of the battery into a high voltage that is enough to cause a spark that’ll fire the cylinder. When these coil packs become damaged, they cause P0305 by failing to fire at the appropriate time or cease firing altogether. It is costly to replace them but the damage to the vehicle, if they are not replaced, should be enough motivation to get the coil packs.

This is one of the most common causes of a misfiring engine, especially when the electrodes are bad. However, new engines come with iridium spark plugs that are long-lasting, though you’ll have to check them frequently especially when a code P0305 comes up.

The fuel injectors are electronically controlled valves that atomize fuel in the engine to enhance the process of combustion. This helps to generate enough power to get the car moving at its optimum pace. Thus, a damaged fuel injector won’t be able to properly atomize the fuel, which could lead to code P0305.

Spark plug wires are long wires that transmit the spark from the coil to the plug. If these are damaged, it may not transmit the spark or do so at the wrong time, causing the engine to misfire. Therefore, you need to check them regularly to make sure they are in tip-top condition.

A vacuum leak happens when there is excess air entering the engine which causes it to malfunction. When the F150 has a vacuum leak, it becomes difficult to get the right amount of air and fuel to undergo combustion. This can cause misfiring in the cylinder and you’ll see a P0305 code if it is the 5th cylinder that is causing the problem.

This is when there is not enough compression to burn the air/fuel mixture to generate enough power to drive your F150. Loss of compression has several causes including a blown head gasket, cracked head, holes in the piston or the valves, etc.

This sensor monitors the position and speed of the crankshaft to help the engine management systems run smoothly. If the signals from the sensor are not forthcoming, it could throw off the timing of the fuel injectors, spark plugs, pistons, etc and cause the engine to misfire.

The Ford f150 is designed to work when there is a correct fuel supply, thus when the fuel pressure is low, it leads to many problems including a misfiring cylinder. The causes of low fuel pressure include a damaged fuel pressure regulator, blocked fuel filter, broken fuel pressure sensor, stuck fuel injector and fouled fuel pump.

To fix code P0305 Ford150, you should inspect and test the components of the ignition system, test the fuel injection system, perform a low compression test, check the crankshaft position sensor, and check and replace the fuel pressure system components.

Once you’ve diagnosed that the 5th piston in the engine is misfiring, the next step will be to fix it as soon as possible to avoid worsening the situation. These are a few ways you can help salvage the situation:

– Inspect and Test the Components of the Ignition System

Inspect the spark plugs, coil packs, or wires to ensure they are working properly because they are among the chief culprits when it comes to a misfiring engine. You can also run some tests to determine which of them is causing the P0305 on your Ford F150.

One way to do that is to change the location of the spark plugs, coil packs and wires from one cylinder to the other. If the code changes from P0305 to another code, let’s say P0306 (indicating the 6th cylinder), then it means that one of the items mentioned above is damaged.

You can also change the location of each item one after the other to determine the one which is causing the problem. You can then replace the faulty components of the F150 and your pickup truck will be ready to go.

If the problem is not from the ignition system of the engine, the next “suspect” will be the fuel injection system. One easy method is the listening or clicking method, which involves touching the end of a long screwdriver against the fuel injector while listening at the other end for a clicking sound.

– Perform a Low Compression Test on the Ford F150 Engine

If all the above fails, then you need to check the compression in the cylinder of the engine to ensure it’s working optimally. To do this, ensure that the engine is warm because a cold engine may give the wrong results. Next is to disable the ignition system and remove the spark plugs to prevent electrical shock during the test. Put the compression tester into one of the empty holes left by the spark plug and write down the figure you see on the tester.

If you find the leakage that caused that low compression, just purchase a replacement. Thus, if cylinder 5’s piston is the cause, all you need to do is to buy a new piston and error P0305 would be solved.

If the reading on the multimeter falls out of the range specified by the car’s manual, then it is time to get a new crankshaft position sensor for your vehicle.

As we discovered earlier, issues with the fuel pressure can cause the engine of the vehicle to misfire. Thus, check if the components of the fuel pressure system are in great condition. If they are broken, replace them with new and high-quality components to ensure your engine performs at its best.

A code P0305 indicates that the 5th cylinder in the engine is misfiring and requires immediate attention and prompt action. So far, we’ve studied what a P0305 Ford f150 code is, what the causes are, and how to fix them to ensure the vehicle performs efficiently, so here is a summary of all that we’ve read:

Take note that there are other causes of P0305 on a Ford F150 but this article has covered the most common ones. Thus, if you go through all these steps and are unable to detect the cause of the misfiring cylinder, then call an expert to assist you.