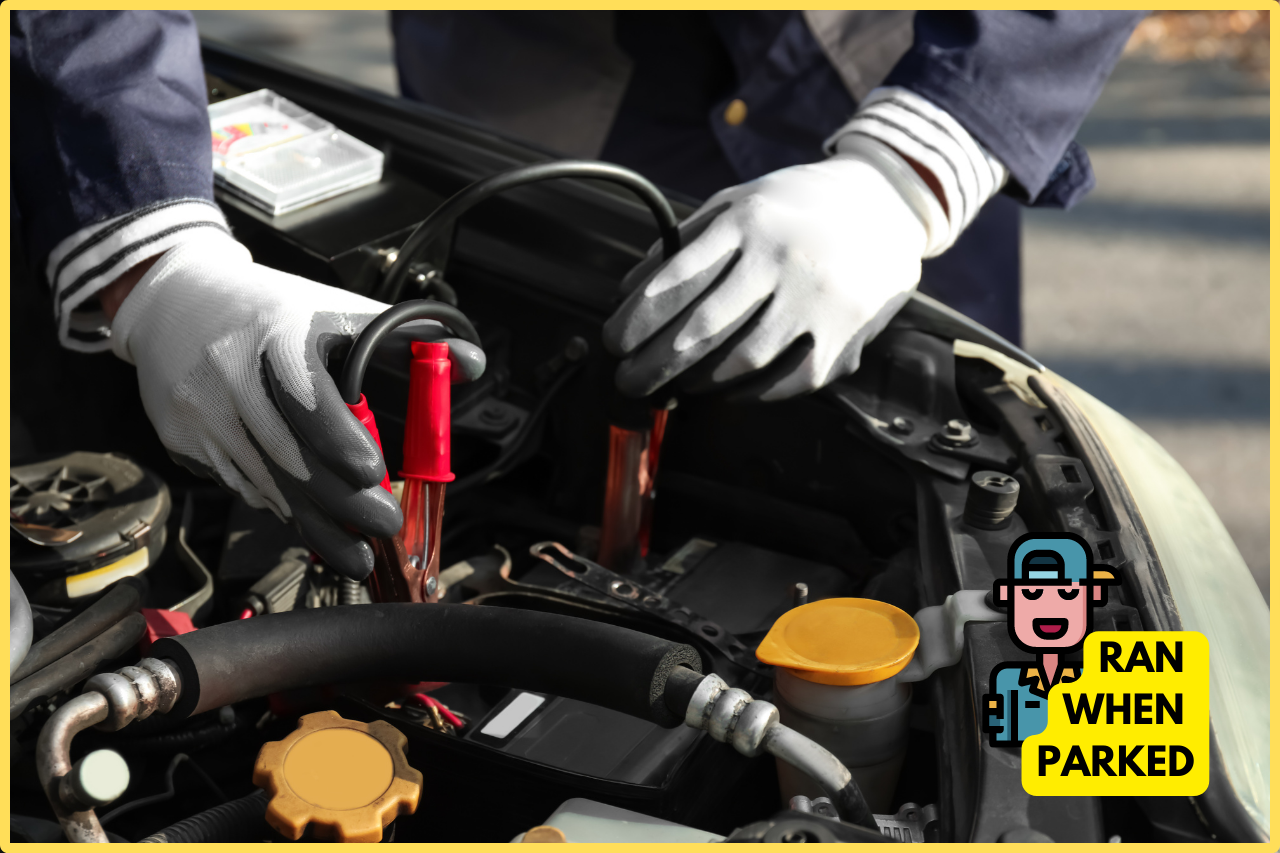 Who makes Super Start Batteries is a common question since these batteries have been a game changer after their introduction into the market. Their strength and durability have endeared them to many car drivers across the country and their efficiency is top-notch. Thus, many drivers have wondered about the companies behind them. This article will look at the manufacturers of these hi-tech batteries, review the batteries, and examine the Super Start battery warranty check.

East Penn Manufacturing has a 520-acre facility located in Berks County, Pennsylvania which makes these batteries. Clarios, formerly Johnson Controls, is headquartered in Milwaukee Wisconsin with its battery manufacturing facilities scattered around the world.

– An Overview of East Penn Manufacturing

As already mentioned, the company makes all their batteries in Berks County, Pennsylvania but they were not the original manufacturers of the brand. The brand originally belonged to a company called Johnson Controls established in 1885.

East Penn Manufacturing is a family-owned privately run business and is reportedly operating the world’s biggest single-site lead battery manufacturing factory. The company has won several awards and accolades for its efforts in producing top-of-the-line batteries.

– Other Batteries Produced by East Penn

Established in 1945, the company has branches dotted across the globe where you can get access to its quality products and services including its batteries. The company is also the proud producer of the Deka batteries – a series of batteries used designed for extreme applications. Deka batteries can be used in 4×4 auxiliaries, recreational vehicles, and marine and power applications. Just like the Super Start batteries, Deka is also known for its efficiency, reliability, robustness, and durability.

East Penn also makes the Napa range of batteries – car batteries that can be used in both commercial and private vehicles. Napa makes marine, garden and lawn, multi-sports, and deep cycle batteries. The Napa brand is also as popular as the Super Start batteries and is reliable, strong, long-lasting and efficient. The warranty of Napa batteries differs between 6 months and 3 years depending on the type of battery and other factors.

Napa batteries are popular worldwide and can be found in about 6,000 locations across the globe. They are renowned for their affordability, which is a bit surprising given their excellent performance and authenticity. Like Super Start batteries, Napa works well in all kinds of climatic conditions, however, there have been some complaints of the batteries failing in extreme weather. Also, others claim the Napa batteries were not compatible with their vehicles and had to purchase other brands to keep their cars going.

– An Overview of Clarios LLC

As we discovered, Clarios LLC is in Milwaukee, however, the company owns a Lithium Ion facility in Michigan. The facility is responsible for producing prismatic lithium-ion battery cells that are essential in car batteries and the electronic industries. The company reportedly produces about one-third of the lead-acid batteries in the annual output of the US automotive industry of which Super Start batteries is a part of. It also produces about one-third of the lithium-ion batteries for electric and electric-hybrid cars in the US.

Clarios prides itself on producing batteries that can meet the needs of technologically advanced vehicles today and in the future. The company manufactures different types of batteries including AGM, standard and enhanced flooded and low voltage batteries. Clarios is also the first to introduce the Absorbent Glass Mat (AGM) to the automotive industry and still provides practical solutions to AGM needs. They also produce the Smart AGM, which is a robust and reliable power management system for electrical vehicles.

Then there are the Clarios XEV batteries, which are low-voltage batteries that complement the efforts of high-voltage batteries to ensure optimum vehicle performance. These batteries are designed for full hybrid, plug-in hybrid and battery electric vehicles. The company also manufactures batteries for lawnmowers, boats, marine vehicles, golf carts, power sports, and heavy-duty vehicles. For next-generation batteries that match the continually evolving vehicle technologies, count on Clarios LLC.

– The Role of O’Reilly In Making Super Start Batteries

Thus, the assumption is that the batteries were manufactured by O’Reilly, but as this article has demonstrated, Super Start batteries are made by Clarios and East Penn. Super Start batteries can only be purchased at any of the over 5,900 O’Reilly auto parts retail stores in 47 states across the country. O’Reilly also has about 27 ORMA stores in several cities in Mexico where you can purchase a Super Start battery. You can also order from their online store and have it delivered to your doorstep.

What Are the Super Start Batteries Types?

The Super Start Batteries types come in four different variants: Economy, Premium, Extreme and Platinum. All of these brands offer various levels of power, durability and efficiency depending on their capacities. Also, since different companies are producing these batteries, there might be slight differences among them.

However, these differences may be negligible. Thus, we will take a holistic approach in analyzing the different types of Super Start batteries rather than looking at the individual slight differences between each company’s batteries.

This is the cheapest type of battery offered by the manufacturers and it comes with a different configuration from the rest. Economy batteries are made for car owners who are on a budget and for older vehicles that are not technologically advanced. In terms of pricing, they are 30 percent cheaper than the average car battery on the market. The Economy batteries are 12-inch standard batteries with a 12V capacity and a reserve capacity of 80 to 120 minutes, which is not bad.

The Super Start car batteries have a 1-year limited warranty with a Group Size of between 26 and 75 BCI. They feature Cold Cranking Amps between 500 and 600, which is more than enough to start your engine in the coldest temperatures. At the same time, its Cranking Amps in a “normal” temperature is between 665 and 800. They have an average weight of 20.4 kilograms and their Positive Terminal Location is at the bottom left. The battery voltage is 12 and has a Flush Manifold Vent Cover to protect the battery and keep it running for years.

The Economy has an average rating of 4.8 stars on review websites due to their reliability and efficiency. The Super Start battery price is around $169.99.

The Super Start Premium battery type is a level above the Economy and it features a group size of 24 – 140 Top Post Battery. Their prices are a tad above the Economy but are cheaper compared to other brands. The Premium batteries have Cold Cranking Amps that range from 425 to 950 and their Cranking Amps are between 530 to a whopping 1000. They are 12V standard-type batteries with a Reserve Capacity of 70 to 120 minutes and a Top Post terminal.

The batteries can be used on both commercial and private vehicles and are reliable even in colder climates. Unlike Economy batteries, Premium batteries come with a 2-year limited warranty and the price difference between the two types of batteries is about $40. Thus, if you can afford the Premium, then go for it.

Extreme batteries are thought to be one of the best standard flooded lead-acid batteries on the market. The types of Extreme car batteries are less than the Premium batteries but are equally efficient and offer more efficiency and reliability than the Premium. They have a Group Size of 24 to 94R BCI and Cold Cranking Amps of 500 – 900 CCA. The Extreme type with the lowest Cranking Amp is 99R BCI, which features a 555 CA.

However, the one with the highest Cranking Amp is the 65 BCI, which exhibits a 1045 CA. Their Reserve Capacities range from 68 to 150 minutes and their terminal type is Top Post. The line of Extreme batteries comes with Flush Manifold Vent Covers to keep the battery safe and running at optimum levels. Their prices, though costlier than the Premium and Economy, are still cheaper than the average popular battery models in the country.

The Extreme comes with a 3-year limited warranty and offers great reliability with high performance. You can count them at any time of the day or the year and you won’t be disappointed.

The final type of battery from the Super Start brand is the Platinum, which are AGM batteries and the most expensive. They also come with a 3-year limited warranty just like their Extreme counterparts. The Platinum is not suitable for all vehicles but it is worth investing in as it comes with features that are a grade above the ones already mentioned. There are 15 types of Platinum batteries with Group Sizes that range from 34 to 401 BCI and feature Cold Cranking Amps between 180 and 860.

The 400 and the 401 Top Post Auxiliary batteries feature no Cramping Amps while the 94 R Top Post Battery has 920 Cranking Amps. Also, the 401 has no Reserve Capacity while the 400 features an 18-minute Reserve, which is in stark contrast to the 190-minute RC provided by the 95R Top Post Battery. All are 12 Voltage batteries and have an average weight of 17.69 kilograms. The Super Start AGM battery reviews are usually positive due to its efficiency and durability.

1. Do the Super Start Batteries Have Warranty Coverage?

Yes, all Super Start batteries have warranty coverage, but it depends on the type of battery and other factors like how they got damaged, etc. The Super Start Batteries warranty ranges from 6 months to 3 years and features battery repairs or replacements.

In addition, not all Super Start Batteries are AGM, however, the brand has AGM car batteries that are designed to power today’s vehicles.

2. Which Batteries Are the Best Automotive Batteries in the US Aside From Super Start Batteries?

Super Start batteries are solely sold by O’Reilly at their retail stores or on their online marketplace. Due to their great reviews, we conclude that Super Start battery problems are minimal and even if they ever develop, one can easily get a replacement.