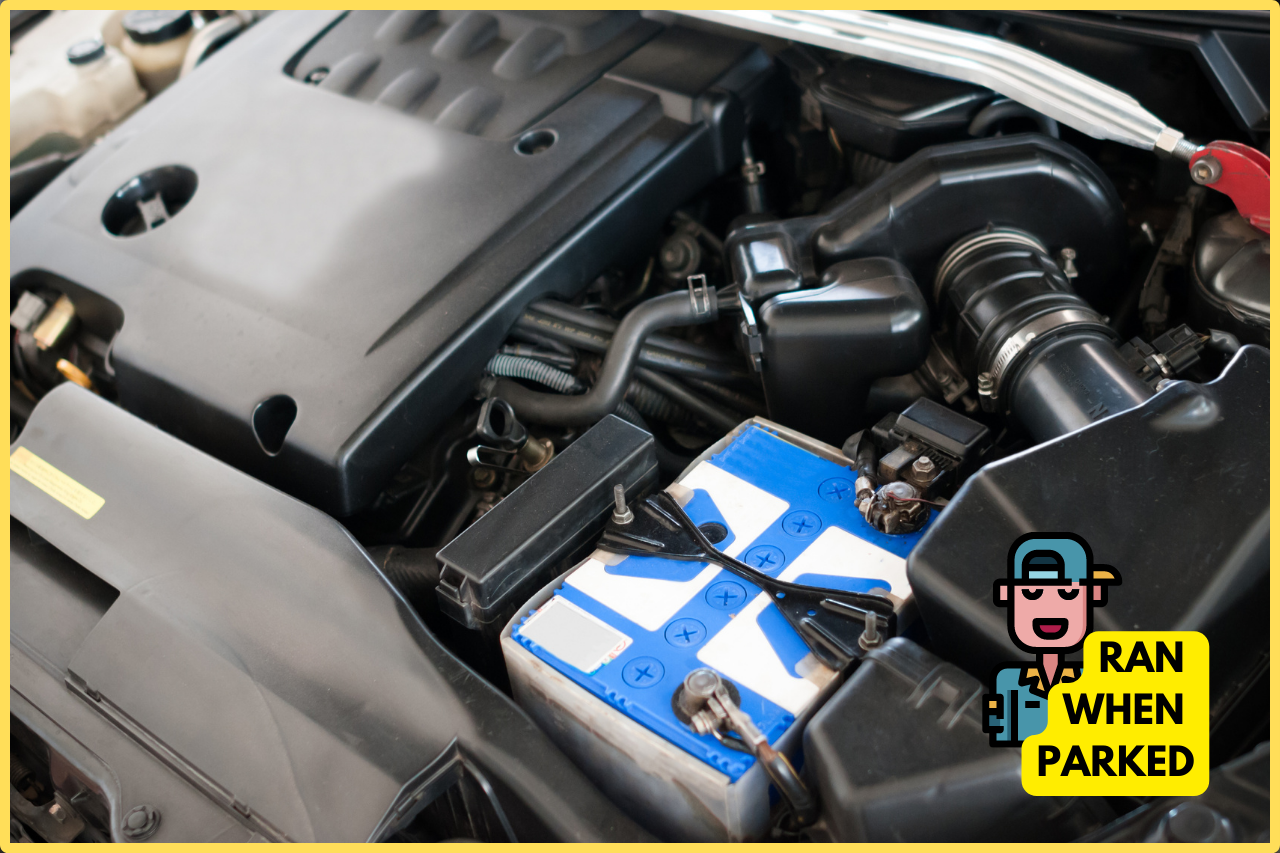 They are usually branded as Autozone, leading many people to believe the car batteries are manufactured by the retail company, but that’s further from the truth. This article will unmask the producers of car batteries and analyze their efficiency among other matters.

Who Makes and Manufactures Duralast Batteries?

Duralast batteries are made and manufactured by three separate companies: Exide Technologies, Clarios LLC, and East Penn Manufacturing. The batteries are owned and sold by Autozone, a retail company that specializes in the sale of car parts and accessories, which is why it has its name on the batteries.

– An Overview of Exide Technologies

Initially, Exide Technologies was known as Electric Storage Battery Corporation established in 1888 by Williams Gibbs. Later, the company changed its name to Inco Electroenergy Corporation in 1978 and the Exide Corporation in the 80s. The company has its headquarters in Milton, Virginia and owns several manufacturing and recycling plants across the states. The company produces lead-acid and lithium-ion batteries for several automotive applications including mining, submarine and railroad.

Exide produces Duralast batteries alongside its own car batteries and is known to be the 4th biggest producer of automotive batteries around the world. They have the cheapest car batteries among the three companies to produce Duralast. However, they don’t sacrifice efficiency for cost as their batteries a durable and competent.

– A Cursory Look at Clarios

Clarios, formerly known as Johnson Controls, also manufactures Duralast batteries alongside other car batteries. Clarios sells about 150 million batteries a year, making them one of the largest car battery manufacturers in the US. The company doesn’t brand its batteries, but rather gives them out to distributors like AutoZone and Mac Batteries who put their names on them and sell them. The company is headquartered in Milwaukee, Wisconsin and it prides itself on delivering smart energy storage solutions that will power tomorrow.

Headquartered in Corydon, Iowa, the company is one of the major suppliers of automotive batteries in North America. Their flagship product is the Deka batteries but they also supply various retail stores including AutoZone with other battery brands including Duralast, Duracell, MK Battery and Napa batteries. The company boasts one of the biggest battery manufacturing complexes located on a single site in Berks County Pennsylvania. The company produces AGM batteries as well as lead-flooded and lithium-ion batteries.

Founded in 1946, the company is owned by the Breidegam family and has over 9,000 employees across the globe. Aside from producing batteries for cars, the company manufactures batteries for aviation technology, recreational vehicles, renewable energy and communications. The Duralast batteries manufactured by East Penn are the most expensive compared to Clarios and Exide. However, they are of similar quality and are efficient in discharging their duties.

Duralast batteries are designed with calcium that helps them to resist corrosion, eliminate excessive gassing, reduce self-discharge and use less water. With the added calcium component, these car batteries are properly sealed and require no maintenance. This gives the average Duralast battery a lifespan of about 3 to 5 years and high performance compared to other batteries on the market.

The 2 to 3-year Duralast battery warranty makes it easier to find a replacement should any of the batteries develop a fault or malfunction. This attracts many car battery buyers because they won’t have to go through the hassle of looking for a better replacement. The manufacturers also focus on improving the battery’s CCA and reservation capacity – factors that their competitors ignore. Thus, Duralast car batteries exhibit exceptional performance under extreme conditions.

Their high reservation capacities mean that their batteries can run for a long time before dropping to 10.5V. The producers use polypropylene, which is excellent at absorbing shocks and vibrations when the battery cell moves. The plates and grid integration ensure that the batteries perform at the highest levels by regulating the voltage currents. They are efficient at starting up all kinds of vehicles, even in the coldest temperatures.

– A Note of Caution on Duralast Car Batteries

Though the batteries come highly rated, we’ve combed Duralast Battery reviews consumer reports and sampled a few concerns consumers have shared. According to a few complaints, the Duralast car batteries come with a high self-discharge which sometimes affects their lifespans.

However, they have other alternatives that have a lower self-discharge and are a great fit though they are pretty costly. Also, there were a few reports that lamented the periodic maintenance that the car batteries required.

Then there were complaints of the batteries lacking handles to carry them, making their handling a bit cumbersome and tiring. Therefore, we recommend that you do your due diligence to determine which battery fits the power needs of your car. This has even been made easier on Autozone’s website where a popup box guides you to choose the best battery for your car by entering your car’s details.

Interstate batteries are made by Exide Technologies and Clarios (formerly Johnson Controls) but are marketed and distributed by Interstate Battery System of America. These batteries are very strong and are known for their high performance and relatively cheaper price.

Though it doesn’t make it to the top of our best batteries, it is certainly not a bad replacement. Interestingly, Interstate batteries have won several awards, including the best battery in 2007 after an independent survey.

When it comes to battery life, Interstate batteries tend to last longer because a majority of their batteries have a lower self-discharge, which makes them more reliable. However, Duralast batteries charge faster than Interstate and the reason for this is a closely-kept secret. Our guess is due to the battery’s low storage capacity as compared to Interstate.

Also, the Interstate batteries have light indicators that show how much charge the battery is holding, when it is charging and when it has stopped. This key feature helps to avoid overcharging in Interstate batteries, which can prove detrimental to battery life. The Duralast car batteries, on the other hand, do not have this feature and are more prone to overcharging. However, as deep cycle batteries, Duralast produces a strong and steady flow of power.

Interstate batteries are cheaper than Duralast batteries and are easy to handle and install. Thus, if you’re on a budget and want a more affordable car battery then Interstate is your best bet. However, if you have the means to purchase a Duralast battery, we are sure you won’t regret making that choice.

What Are the Finest Duralast Batteries on the Market?

The finest Duralast batteries on the market include Duralast Standard, Duralast Gold Battery, and Duralast Platinum. These three battery types are all highly-efficient and last long, thus you may have a tough time selecting the right one for your car.

This is why we present to you the Duralast batteries and their characteristics.

These are the cheapest batteries in the Duralast lineup, however, they are more expensive than the average car batteries. They come with a 2-year warranty and are the same price regardless of their characteristics. This is good news for those who are on a budget as they can get better and larger Duralast Standard car batteries for the same price.

For example, the Group size 31-950, which weighs about 28 kilograms and has a CCA of 950, is the same price as the Group Size 35-550, which has a CCA of 550A. The only difference between these batteries is that the former has a 1-year warranty while the latter is covered by a 2-year warranty.

The Duralast batteries good engineering means they can meet the needs of today’s cars. The batteries offer superior performance even in the most extreme weather conditions and have a strong starting power.

There are several of them in the lineup and we’ll be looking at a few here:

Duralast Platinum Batteries are the finest Duralast batteries from Autozone and the most expensive among the lot. These batteries come in both Enhanced Flooded and AGM formats with fast-charging and long-lasting features.

The Platinum batteries have a strong seal that prevents them from spilling and has carbon additives that give them a stronger charge. We’ve handpicked a few of the Platinum car batteries to give you a fair idea of what to expect.

Duralast Marine Batteries are made and manufactured by three companies, namely East Penn Manufacturing, Exide Technologies, and Clarios (formerly Johnson Controls), but they are marketed as Autozone Duralast Batteries. This is why Autozone has its name on these marine batteries.

So far, we’ve discovered the manufacturers of one of the best car batteries on the market and other key information about the Duralast car batteries. Here is a recap of all that we’ve read so far: