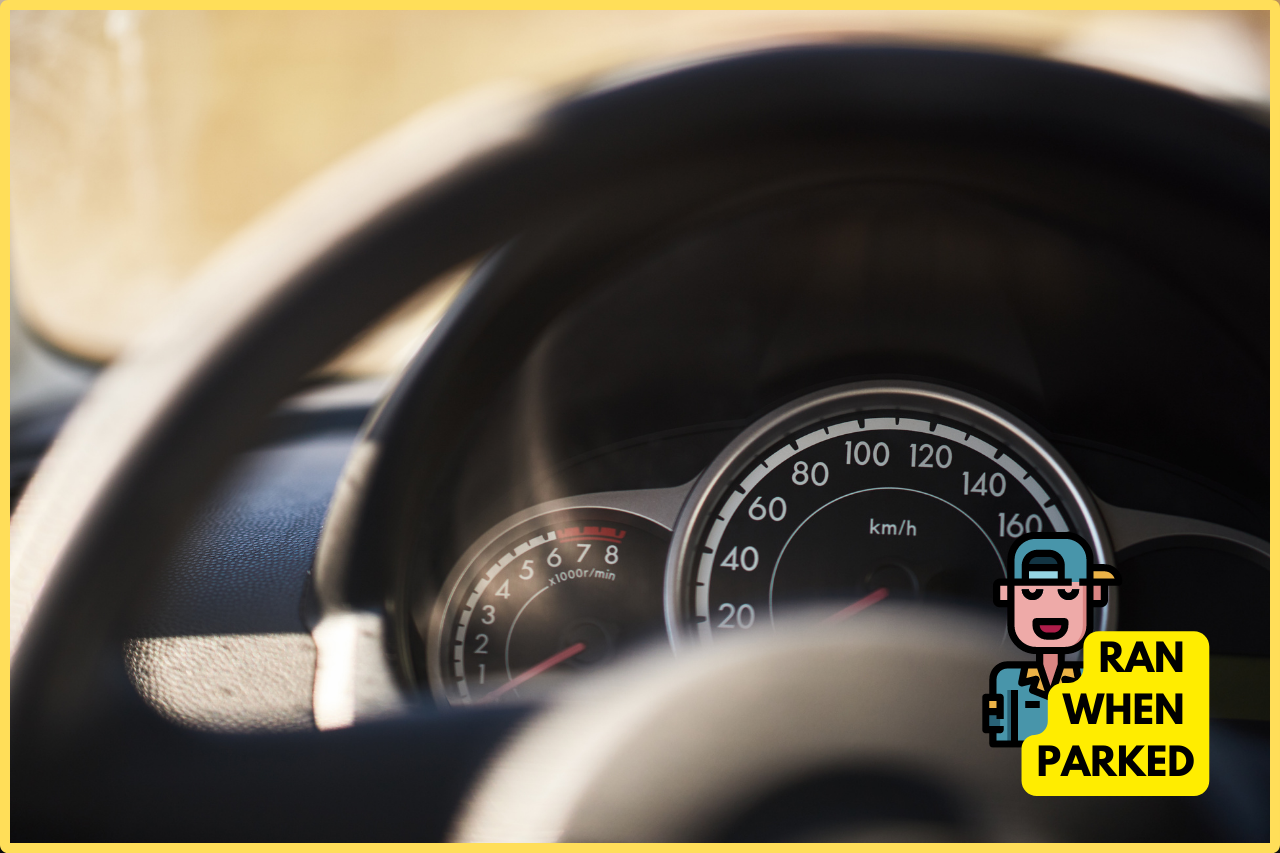 The truth about Seafoam is that it is designed to enhance, clean, dissolve and rid engines of deposits and improve fuel performance. This article gives you an insight into everything you need to know about Seafoam before considering whether or not to use it in your vehicle. Read ahead to learn about this fuel and engine additive, including Seafoam pros and cons and how to use it.

What Is the Real Truth About Seafoam?

The real truth about Seafoam is that it’s a fuel and oil additive — you mix it with fuel or oil. It is designed to clean out excess carbon deposits from your machines and engine components. We can’t categorically conclude anything about its effects, considering there are conflicting information among users.

The company has been around for over 80 years, with various other ingredients, but Seafoam is their best-selling product. This suggests that the general public receives it well. So you can infer that this petrochemical agent does what the company claims it does — rids your engine of carbon deposits and enhances the overall car performance.

Like any engine or machine, the fuel and other fluids may get contaminated if you use your car consistently, resulting in adverse effects on the car engines. Here is what the Seafoam is said to correct. It is said to break down and rid the car of carbon deposits, including gunks and sludges. The goal is to promote better fuel utilization, thereby preventing build-up and reducing carbon emissions.

As you use your car, deposits and sludges start aggregating around the fuel and oil systems. So the next time you service your vehicle, you can buy the Seafoam and give it to your mechanic; they will know what to do with it. You can also add it yourself to the fuel tank when refueling. The Seafoam just rids the car of these contaminants without altering the normal car functions or any aspect of the engines.

Do not be deceived by its name; the Seafoam is a chemical containing a series of ingredients. The Seafoam consists of only petroleum-based substances, so it efficiently functions as a fuel additive without harming or risking the car engines.

The main ingredients in this sea foam include:

Note that Seafoam contains no astringent, corrosive, detergent, fillers, or emulsifying agents, so it’s safe for car engines. Also, even though Seafoam consists of 100 percent products obtained from petroleum, it should not be considered a substitute for fuel or oil. Instead, it should be seen as engine purifiers or cleaners.

Since the Seafoam is to be added or mixed with fuel in the gas tank, it goes everywhere your fuel enters. The Seafoam penetrates the fuel passageways like the carburetors, valves, pistons, and fuel injectors, among other chambers and paths through which the fuel passes. Everywhere the Seafoam reaches, it tries to decontaminate the area. Generally, when you refill your gas tanks with fuel, as it enters the engines, it mixes with other volatile organic compounds in your car such as sulfur, salts, and other nitrogenous compounds.

As the fuel burns during driving, all these components also try to burn with it, resulting in carbon deposits, sludges, gums, etc. These substances cannot burn like pure petroleum; instead, they accumulate and may increase the exhaust fumes and smoke your car produces. With that being said, using Seafoam helps to break down and solubilize these contaminants, making them more easily burned with fuel or filtered out of your vehicle.

Furthermore, Seafoam may act as extra lubrication for your fuel components, thereby increasing flow, even as it breaks down dirt and sludges from the fuel system. What’s more? Besides the car engines, other car features, like fuel pumps, injection systems, upper cylinders, and components, also benefit from mixing your fuel with Seafoam.

We’ve reiterated that Seafoam benefits essential components and features of the vehicle’s engine, enhancing the overall performance. Here are some of the things Seafoam does after mixing it with engine oil or gasoline.

When you add Seafoam to your car engine, sometimes you may notice some whitish fumes or smoke. You need not worry, as some say it indicates that the chemical is already burning the carbon deposits.

– How Long Seafoam Takes to Work

After adding Seafoam to your fuel tank, allow it to settle for about ten to fifteen minutes, where it starts to work on the deposit, sludges, and residues. Afterwards, you can kick start your engine to embark on your road trip.

Take note that if you add Seafoam to your lawn mower, a two-stroke motor, or even a car fuel system, you may notice some white fumes blowing out. Should you experience this, you need not worry because it’s an indication that the Seafoam has started to work in dissolving those deposits.

We have established that Seafoam’s main benefit is cleaning and enhancing your engine’s performance. In this section, we’ll be looking into specific advantages of this fuel additive.

People were wary about introducing Seafoam to their machines and engines in the past, thinking it may have some side effects. However, over the years, this engine additive appears to have no significant defects to car engines, especially if used appropriately.

Seafoam has no negative effects on your engines, be it gasoline or diesel engines. You can even use it for smaller machines like lawnmowers and generators. Having learned some facts about these fuel additives — knowing that it’s capable of dissolving carbon residue and other deposits — you may wonder if it poses any harm to your machines and engines.

For clarity purposes, the Seafoam has proven potent enough to clean the engine and fuel systems of machines. However, it appears that it’s harmless to the engine components. In fact, it’s not strong enough to degrade or cause any physical harm to plastic materials, rubber, seals, or aluminum parts in vehicle engines.

Adding Seafoam to old engines can help boost their operations. We already reiterated that Seafoam helps dissolve and rid car engines of contaminants, carbon deposits, oil and fuel residues, and other dirt. Since it improves the overall performance of a vehicle’s engine, it is an excellent fit for old machines.

Seafoam is manufactured using petrochemicals and lubricating agents, which help improve engines. It also offers some cleaning and purifying properties, which can benefit old engines. If you examine the benefits of Seafoam, it may even be more advantageous to older machines than new ones, considering that the old engines are more likely to contain more contaminants, sludges, and gunks.

In addition, we need to mention that even though it cleans, this agent contains no detergent or soap-like material, nor does it contain any astringent or corrosive chemicals. Therefore, you can add it to that old car in your garage you’ve been planning to fix.

Whether or not you want to use the Seafoam is up to you. However, we are here to guide you; after all, we have introduced you to its benefits and potential shortcomings. If you feel the advantage supersedes its possible side effects, consider adding it to your engines.

Note that Seafoam is not the only fuel additive on the market. In fact, there are a host of other fuel and engine additives that can help rid your vehicle of deposits and contaminants. But generally, many people prefer to avoid adding something else to their gas tank that isn’t fuel. The engines cost thousands of dollars, so you sure don’t want to introduce anything that may damage it.

The general belief among many automobile users is that if you use quality gas and perform routine maintenance on your vehicle, you shouldn’t require the need of any additive or chemical cleaner. Others believe these additives enhance the car’s performance and allow it to perform more optimally. So we can’t decide for you; the choice is ultimately yours. If you need to use Seafoam, go for it.

How Do You Use Seafoam for Your Vehicle Engines?

According to the Seafoam official website, here are detailed directives on using this fuel additive to enhance your engine performance.

Here are other tips to utilize Sea Foam motor treatment benefits to enhance the performance of your engines and machines.

Like any chemical agent, misusing Seafoam may lead to mishaps on your engines. Therefore, adhere to the following precautions when using this fuel additive.

Reading this article, you should now be equipped with enough info to be able to discern the truth about Seafoam. Below is a brief overview of everything we discussed in the article.

With all that being said, if you need to purchase the Seafoam for your machine, you should go ahead. Just make sure you use it appropriately so you can maximize its benefits.