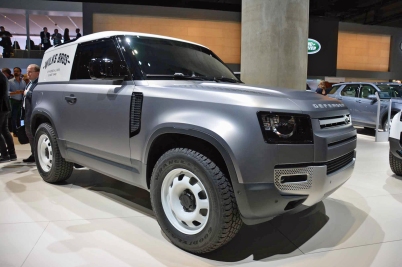 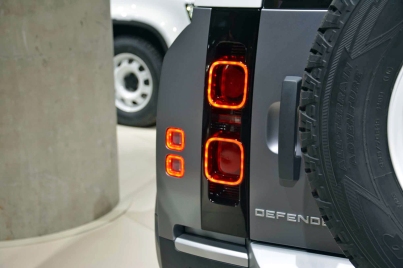 The original Land Rover Defender is the automotive equivalent of the Fender Stratocaster. It’s appreciated by a wide palette of motorists, from farmers to doctors, and its decades-long resistance to visual change helped it achieve superstar status. But while Fender can get away by simply updating the Strat, Land Rover saw the Defender’s old-school ruggedness challenged by government regulations, and changing consumer tastes. It bit the bullet and designed a new Defender for the 21st century.

Presented at the 2019 Frankfurt auto show, the second-generation Defender – a term I never thought I’d have to use – is not merely a retro replica of the original truck. Mercedes-Benz and Jeep took an evolutionary approach to updating the G-Class and the Wrangler, respectively. I wouldn’t call the Defender a revolution, it’s still tall and boxy, but the changes are more than skin-deep.

The body-on-frame construction is gone, and the 2020 Defender now uses unibody architecture that makes intensive use of aluminum to keep weight in check. The Range Rover’s off-road prowess lends credibility to Land Rover’s claim that the new bones don’t turn the Defender into a curb-hopping crossover. The solid axles retired, and an independent suspension improves day-to-day drivability. Land Rover explained increasing comfort was one of its key goals during the development process.

The 2.2-liter, turbodiesel four-cylinder engine that characterized the Defender like a hangover defines the first day of the year joined the solid axles in the parts bin. Instead, the engine range includes a turbocharged, 2.0-liter four-cylinder tuned to develop 296 horsepower and 295 pound-feet of torque, and a 3.0-liter straight-six turbocharged and electrified to 395 horses and 406 pound-feet of torque.

Power reaches the four wheels via an eight-speed automatic transmission and a two-speed transfer case regardless of how many cylinders are under the hood. Want a stick? I don’t know what to tell you, except to maybe build it yourself. The manual transmission is gone, likely for good. Additional engine options – including a hybrid, and a turbodiesel – could join the line-up later in the production run, but keep in mind you can tow 8,200 pounds with either of the powertrains available at launch.

Like its predecessor, the new Defender is offered in 90 and 110 variants. Those numbers no longer correspond to the wheelbase, though. 90 denotes a two-door model, and 110 refers to the four-door. I hear a 130-badged, long-wheelbase four-door will join the line-up a little later in the production run. The 90 seats six on two rows (!), while the 110 seats seven on three rows. All variants come with the bells and whistles buyers expect in a modern Land Rover, like a digital, driver-configurable instrument cluster, a touchscreen-based infotainment system, and a bevy of electronic driving aids.

All told, the 2020 Land Rover Defender arrives as a unibody SUV with a trendy interior, and an automatic transmission. Sure, steel wheels that look like they’re off a first-generation Dacia Duster are available, but the Defender is sure to rub some current and past owners the wrong way. Land Rover has a joker card up its sleeve that it hopes will lure enthusiasts back into the fold: the Defender is coming back to America. It’s official, and it will be straight from the factory. No gray market channels, no Western Union money transfer, and no shady Vermont title. It will be sold through dealers, like an Evoque.

Pricing in the United States starts at $49,900 for an entry-level Defender with the 296-horsepower turbo four. Putting a six-cylinder under the hood requires spending at least $62,250. At this price point, the Defender neatly fills the chasm that separates the Jeep Wrangler from the Mercedes-Benz G-Class.