Like I mentioned earlier this week, I recently visited Denmark for the first time. I was absolutely impressed by the number of classic cars I saw in Copenhagen and in other parts of the country. There was a little bit of something for everyone including an Opel GT, vintage Fiats, 1960s Audis, the occasional American land yacht, and, of course, a healthy serving of French metal.

One my favorite cars from the trip is this Citroën CX 25 GTI, which was parked in a small town. First, it’s an unusual car. The CX has gotten pretty rare even here in France, it’s not the kind of car you see on a regular basis. Second, it’s an example that is evidently used on a regular basis. It’s wearing hubcaps from a first-generation XM and winter tires, some of the trim is held on with duct tape, and it’s got several rock chips on the hood that suggest it’s spent countless miles on the highway, likely far away from the Danish border. If this car could talk, I bet it’d tell some fascinating stories. 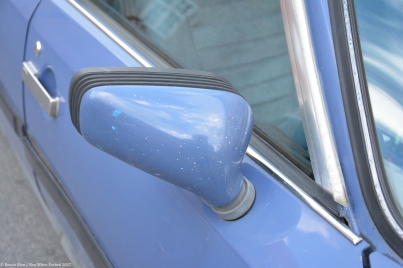