The rear-engined Fiat 500 was launched in July of 1957. Fiat has teamed up with the Italian postal service to celebrate the city car’s 60th birthday in style with a limited-edition commemorative stamp.

The stamp features the outline of the original 500, though oddly enough the model shown is a later example with front-hinged doors, not an early car with the suicide doors. Behind it is an outline of the current-day car. Both drawings are to scale, which perfectly illustates the size difference between the two eponymous cars. Finally, the “Fiat nuova 500” script is taken straight from the promotional material that was released with the car in 1957.

The stamp has a value of 0.95 euros. It went on sale at post offices across Italy on July 4. Only a million examples will be printed, so you should act relatively fast if you want one. Some will go to collectors, but others will be distributed to folks who just have something to mail. 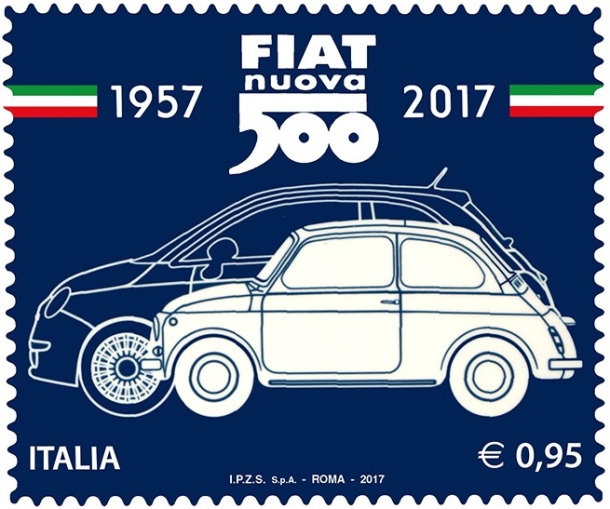