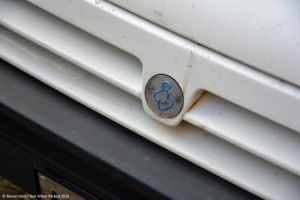 An ambitious group of Italian entrepreneurs has awoken the Innocenti brand from a 20-year slumber.

That’s vague at best, and it’s obviously open to interpretation. So far, concrete details about how the entrepreneurs will make Innocenti relevant again in an increasingly competitive and technology-oriented industry haven’t been made public. All we know is that the company is now based in Palermo, the biggest city on the Mediterranean island of Sicily. That places it within a stone’s throw of the former Fiat factory in Termini Imerese. The plant was sold to China’s Chery in late 2011.

Stay tuned, we’ll find out more about what the future holds for Innocenti in the coming months.

Founded in 1947, Innocenti was once one of the biggest car manufacturers in Italy. In 1961, it purchased a license to build the original Mini from British Motor Corporation. The company was bought by British Leyland in 1972, a tie-up hailed as a win-win situation by the press.

British Leyland collapsed just four years later. It was bailed out by the British government, but officials evidently had little interest in an Italian automaker that was virtually unknown on their side of the English Channel. Innocenti was sold to entrepreneur Alejandro DeTomaso and merged with Maserati.

During the 1970s, Innocenti’s saving grace was a three-door version of the Mini designed by Bertone. It boasted angular, contemporary lines and a large rear hatch that made it more practical, but it retained the Mini’s A-series four-cylinder engine. Entry-level models were badged 90L and fitted with the familiar 998cc; more upmarket variants were called 120L and powered by the 1,275cc. Innocenti exported cars to a number of European countries, including Germany, France, and Switzerland.

In a surprising turn of events, DeTomaso rang up Japan’s Daihatsu for engines when the agreement with the British ended in the early 1980s. The A-Series engines were replaced by a more modern 993cc three-cylinder borrowed from the Charade. The deal with Daihatsu later spawned a turbocharged, 75-horsepower hot hatch aimed right at the Autobianchi A112 Abarth, and an entry-level variant powered by a 617cc two-cylinder that competed head-to-head against the Fiat 126.

Fiat took over Innocenti in 1990, and production of the Mini-based cars ended three years later. From that point on, Innocenti models were positioned as low-cost alternatives to standard Fiat cars — much like what Dacia is to Renault today. The company sold a badge-engineered variant of the Zastava Koral, which is better known as the Yugo. It also offered Brazilian-built variants of Fiat’s Uno and Elba. Named Mille, Innocenti’s version of the Uno was a little bit cheaper than its Italian-built, Fiat-badged counterpart.

Fiat quickly found out there wasn’t much of a market for a cheaper version of what was already one of the cheapest new cars in Italy. Sales were low, and the Innocenti brand was shuttered in late 1996.

Innocenti Mille pictured above. It looks like a regular Uno at first glance, but note the brand-specific grille, emblems, roof rack, and plastic cladding on the bottom of the doors.

One thought on “News: Italian investors are bringing Innocenti back from the dead”