Toyota shipped four classic cars from its collection in Tokyo to the Shanghai Auto Show, but journalists and show-goers likely missed them. The cars were parked in a dark hallway located behind the main exhibit. They were hidden well out of sight, almost as if the Japanese brand didn’t want people to see them.

The first car was a 1955 Crown, a four-door sedan that shared quite a few styling cues with American cars built during the same era. Next up was a 1966 Corolla, the first generation of a nameplate that has become a best-seller all around the globe. It was followed by a second-generation Camry, and a first-generation Prius. Several of Toyota’s recent concept cars were displayed at the end of the hallway.

Granted, the second-gen Camry and the Prius aren’t the kind of valuable, drool-worthy cars you’re likely to find parked next to an Alfa Romeo Giulia SS at the next concours d’elegance you attend. But, when was the last time you saw a like-new, V20-generation Camry? Most of them have been driven into the ground and sent to the junkyard. And, don’t forget the Prius was the world’s first mass-produced hybrid car when it debuted 20 years ago. 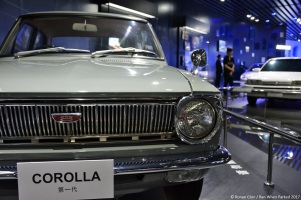 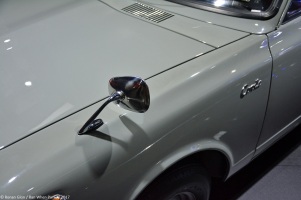 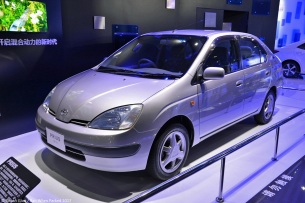 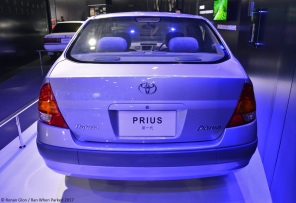