For me, the highlight of this year’s Shanghai Auto Show was getting to check out the Renault Étoile Filante in person for the first time. The Étoile Filante (a name that means “shooting star” in French) is a futuristic, turbine-powered prototype developed in the middle of the 1950s for the sole purpose of setting speed records.

The project began in 1954 as a collaborative effort between Renault and Turbomeca, a company that now makes engines for helicopters, planes, and missiles. The sleek design was sculpted in a wind tunnel, and the Étoile Filante was fitted with a kerosene-powered turbine that generated 270 horsepower at 28,000 rpm. Interestingly, Renault’s archives department indicates the turbine shifted through a three-speed Transfluide automatic transmission that was later fitted to the Fregate.

The Étoile Filante was presented to members of the press on the Monthléry test track on June 22, 1956, and it was shipped to the Bonneville Salt Flats in Utah shortly after. On September 5, 1956, it broke a speed record in the sub-1,000-kilo category by hitting a top speed of 191 mph (308 km/h). While that was a jaw-dropping figure at the time, what’s perhaps even more impressive is that the record still stands today.

Renault toyed around with the idea of building a turbine-powered production car for the masses but the program was short-lived. Only two examples of the Étoile Filante were built. 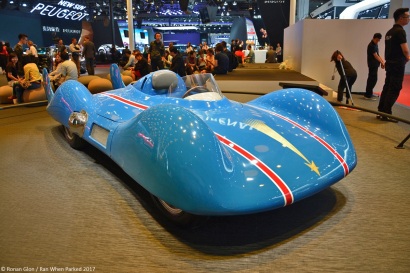 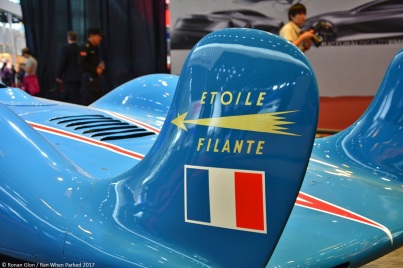 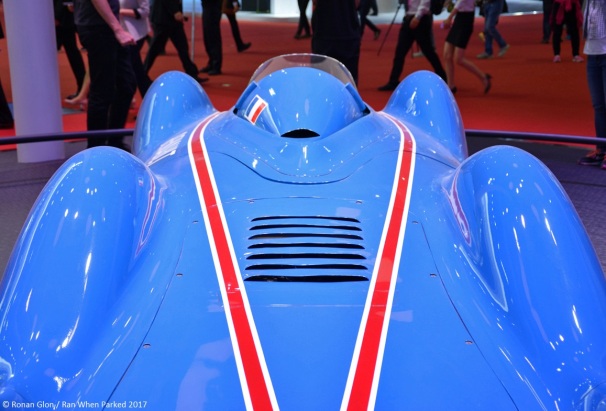