Collectors from all over the world are currently bidding on a historically significant Piaggio Vespa.

The model wears chassis number 1003. According to the auction listing, it’s the third of approximately 60 0-series prototypes built by Piaggio before it started regular production of the 98, its very first model. The first two prototypes were scrapped a long time ago, so the example you see below is the oldest remaining Vespa in the world. Unfortunately, little is known about the two-wheeler’s history. All we can report is that it’s located in Italy, and that it comes from a collection of over 60 scooters.

Power is provided by an air-cooled single-cylinder two-stroke engine with a displacement of 98 cubic centimeters. It shifts through a three-speed manual transmission. Since it’s a prototype, the bike was largely built by hand and a lot of the parts were manufactured specifically for it. It’s in running condition, and it looks fairly clean for a 71-year old machine even though some of the paint has been removed. 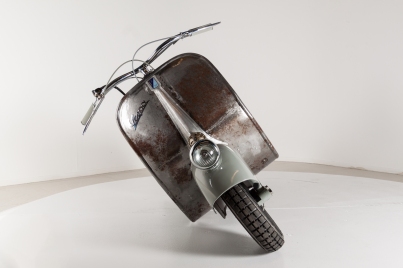 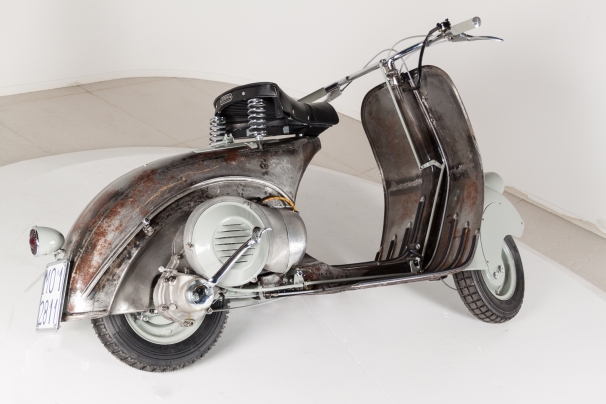 Update: The auction ended at €182,499, well short of the initial estimate.

One thought on “News: a collector is auctioning off the oldest Vespa in the world”