Land Rover recently launched the brand-new, fifth-generation Discovery in the Utah desert. To celebrate the occasion, the company displayed an example of every generation since the original model made its debut in 1989. A friend of Ran When Parked was kind enough to send us photos of the lineup.

The most interesting Disco on display was, arguably, the first-generation model. A lot of the early cars were driven into the ground by a series of owners, so finding one in acceptable shape is easier said than done. Spotting one in like-new condition is practically a once-in-a-lifetime experience these days.

Registered in the United Kingdom, this Disco has logged less than 40,000 miles since it was built in June of 1990. The body is as straight as an arrow and rust-free, though some of the decals on the doors and on the quarter panels are inevitably starting to fade. The Sonar Blue interior is remarkably well preserved, too; it’s even equipped with the original tape deck.  And, check out that factory coin holder in the center console.

While the 200Tdi four-cylinder engine was popular early in the Discovery’s production run, this example is powered by the venerable 3.5-liter V8. It produces 143 horsepower and 190 pound-feet of torque, and it spins all four wheels via a five-speed manual transmission. By the looks of it, this Disco has never done any serious off-roading. 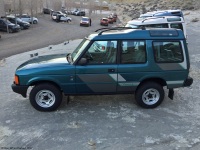 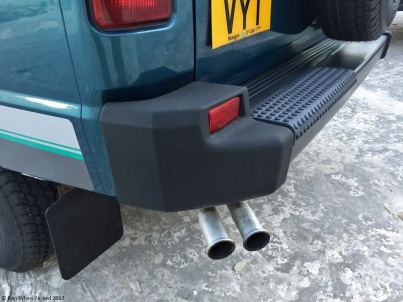 One thought on “As clean as they come: 1990 Land Rover Discovery”