Last night, Land Rover released an image that previews a new model called Range Rover Velar. In short, it’s a style-focused, road-going SUV developed to slot between the Evoque and the Sport. Think of it as Land Rover’s answer to the Porsche Macan. That’s right, we live in a world where Land Rover and Porsche are in the same competitive set.

The Velar is taking Land Rover into a segment it’s never competed in before, but its name is deeply rooted in the company’s history. In 1969, development engineers began testing pre-production prototypes of the original Range Rover. The first 26 test mules were driven out on the open road without any of the camouflage that’s common today, so the “Range Rover” lettering on the hood and on the tailgate was replaced by the made-up name “Velar” to fool onlookers.

The company explains “Velar” is derived from the Latin word “velare,” which means to veil or to cover. The strategy was effective, and the Range Rover took the motoring press by surprise when it made its official debut in 1970. 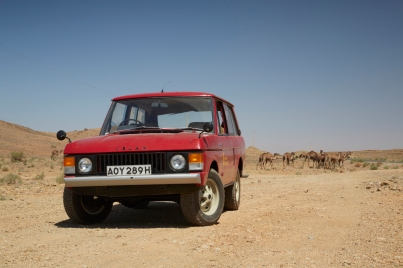 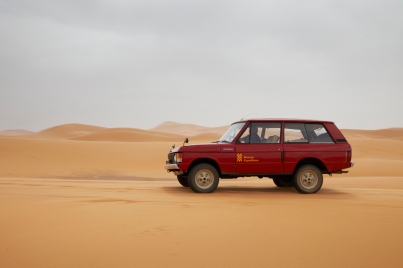