The Ford Fairmont (EF-series) pictured below was left for dead on the side of a country road in rural Australia. There wasn’t much around except for a small gas station a few hundred yards away, so why it was dumped there is a mystery.

Designed and built in Australia, the Fairmont was in average shape for a roughly 20-year old sedan. The clearcoat was peeling after years of baking in the Australian sun and the headliner was sagging, but it was relatively clean otherwise. A registration sticker on the windshield indicates it was still registered in 2015.

This is pure speculation, but the Fairmont could have been left there after a break-down. I was miles and miles away from the nearest town when I found it. It’s not too far-fetched to imagine the cost of towing the car to the nearest shop and repairing whatever broke would have exceed its value. 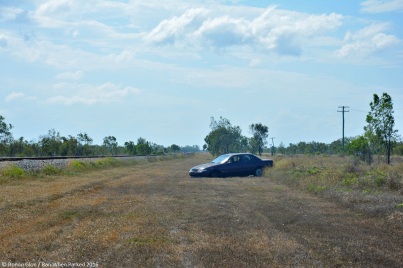 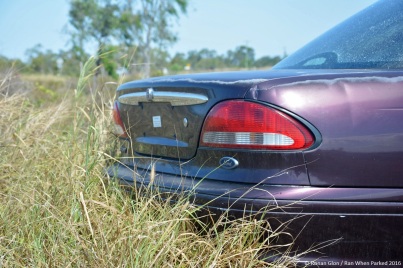 One thought on “Rust in peace: Ford Fairmont (EF)”