Volkswagen’s Czech Republic-based Škoda division introduced a brand-new SUV named Kodiaq during this year’s edition of the Paris Auto Show. Closely related to the second-generation Tiguan, the Kodiaq is often presented as the company’s first-ever SUV. That’s not accurate; the first Škoda SUV was arguably the Trekka, an off-roader best described as a miniature Land Rover built in New Zealand.

Škoda set up shop in New Zealand early on: over 100 years ago, Laurin & Klement cars were already being exported to the nation. In 1956, Otahuhu, New Zealand-based Motor Industries International began importing Škoda cars from Czechoslovakia as CKD kits for customs and tax reasons.

The Trekka was developed jointly by several dozen local business and representatives from Škoda’s headquarters. They wanted to launch a robust, compact car for farmers, tradesmen, and merchants. Several prototypes were built in 1965 and 1966 by Josef Velebny, Škoda’s former head of bodywork development, and New Zealand-based designer George Taylor. The chassis — which was closely related to the Octavia’s — was shipped from Czechoslovakia along with a few other components including the independent suspension. Its wheelbase was shortened from 2,389 to 2,165 millimeters (94 to 85 inches), and the axle ratio was changed from 4.70 to 5.25. The Trekka offered 19 centimeters (7.4 inches) of ground clearance thanks in part to tall tires, while the list of options included an optional differential lock.

Power was provided by a 1.2-liter four-cylinder engine that made 47 horsepower at 4,500 rpm and 64 pound-feet of torque at 3,000 rpm. It spun the rear wheels via a four-speed manual transmission. The Trekka could hit nearly 70 mph.

Customers could choose from several versions: a three-door pickup with anywhere between two and eight seats, model with a canvas soft top, a model with a fixed plastic hardtop, a station wagon, and even a so-called beach variant. It measured 359 centimeters (141 inches) long, 160 centimeters (63 inches) wide, and anywhere between 178 and 204 centimeters (70 and 80 inches) tall depending on its configuration. It tipped the scale between 920 and 980 kilos (2,028 and 2,160 pounds), and it could carry up to 500 kilos (1,100 pounds).

Almost 3,000 examples of the Trekka were built from 1966 to 1972. It stood out as the first car designed and built in New Zealand. It was sold locally, and a few examples were also exported to Australia, Fiji, Samoa, and Vietnam. 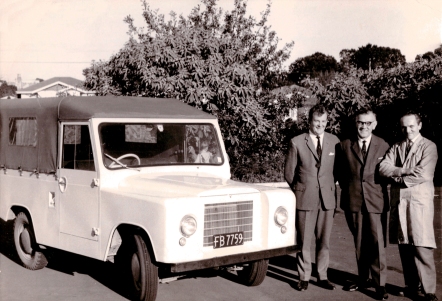 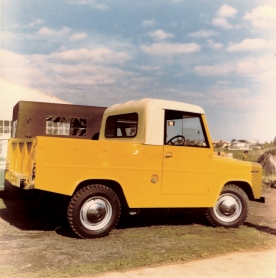 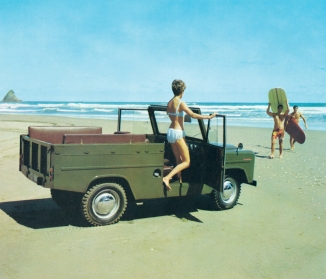 2 thoughts on “50 years ago: Škoda launches the Trekka off-roader”