The r107 SL marked a radical shift in Mercedes-Benz’s design language. The r113 model’s soft, classic lines were replaced by a much more angular design that looked thoroughly modern in the early 1970s. In retrospect, the r107 ushered in the design language that heavily influenced the w116 and the w123, while retaining SL-specific styling cues like a big three-pointed star emblem in the grille.

We searched through Mercedes’ vast archives department for early design sketches and photos of prototypes in order to get a better idea of the direction designers wanted to take the SL in. Interestingly, it turns out the r107 could have debuted with an even more striking look.

The photos below illustrate the path that the r107 followed as it evolved from a prototype to a production model. The proposed designs ranged from understated and very 1960s-esque to extremely — perhaps overly — futuristic. It’s worth noting that none of the design studies retained the r113’s vertical headlights; clearly, Mercedes believed it was time for its design language to evolve. 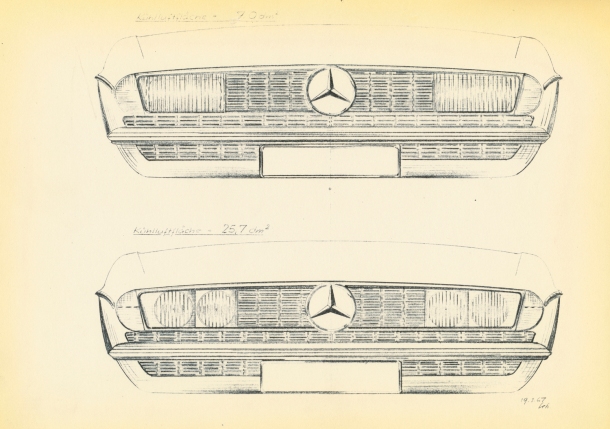 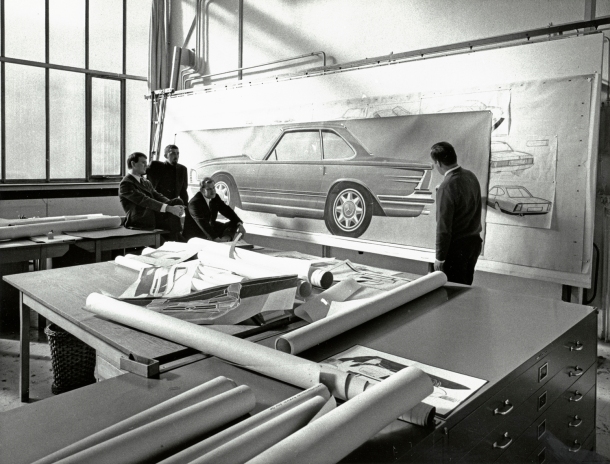