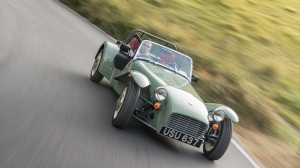 England-based Caterham is celebrating the iconic Seven’s 60th birthday with a limited-edition model dubbed Seven Sprint. Admittedly, going retro was relatively simple for the brand because the Seven’s appearance has remained virtually unchanged over the past six decades.

The cockpit has been upgraded with a wood-rimmed three-spoke steering wheel, red leather upholstery, and throwback analog gauges similar to the ones that were fitted to the Seven during the 1960s. Buyers looking for airbags, adaptive cruise control, and A/C need not apply.

The retro ambiance is only skin-deep; Caterham stopped short of installing a pair of carburetors and ignition points. Instead, power is provided by a turbocharged 660cc three-cylinder engine borrowed from Suzuki’s kei car parts bin and tweaked to produce 80 horsepower at 7,000 rpm and 79 pound-feet of torque at 3,400 rpm. A five-speed manual transmission spins the rear wheels.

That doesn’t sound like a whole lot of grunt, especially not in an era when Dodge is churning out 707-horsepower sedans. However, it’s important to remember the Seven Sprint weighs about 1,100 pounds thanks in part to the widespread use of aluminum. It’s consequently capable of hitting 60 mph (96 km/h) from a stop in 6.9 seconds, and going on to a top speed of 100 mph.

The Caterham Seven Sprint is on sale now in its home country of England and in a handful of nations in continental Europe. Pricing starts at £27,995, a sum that represents roughly $37,000/€33,000 at the current conversion rate. Want one? Act quick, because just 60 examples of the Seven Sprint will be available worldwide. 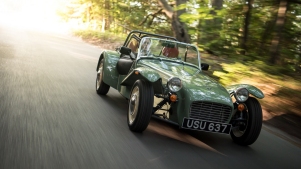 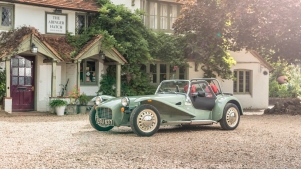 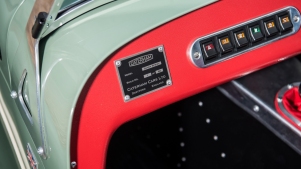