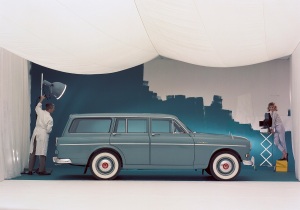 “There were plans to put a V8 in an Amazon,” affirmed the company in a press release issued to celebrate the model’s 60th birthday.

Technical specifications aren’t available, but the eight-cylinder in question was a truck engine modified for use in a passenger car. And while this is pure speculation, Volvo is likely referring to the 120-horsepower, 3.6-liter unit that powered the Snabbe and Trygge trucks from 1956 to 1966.

Five prototypes were built and tested in Sweden, but Volvo’s top executives ultimately canned the project because they decided that a V8-powered Amazon wasn’t a good idea after all. Notably, the company didn’t offer a six-cylinder in the Amazon so the gap between the standard, four-cylinder-powered models and the V8-powered variant would have been too big.

The whereabouts of the five prototypes are unknown today, though it’s reasonably safe to assume that they were destroyed after the project was shelved because no one has seen them in recent memory. Unfortunately, it doesn’t sound like there are period photos of the cars, either.

The idea of a super-sedan powered by a V8 engine wasn’t new at Volvo. In 1953, the Swedish firm built a prototype called Philip that wore a decidedly American design. The one-off sedan used a 3.6-liter V8 rated at 120 horsepower, the same engine that was later modified for use in commercial vehicles like the aforementioned Snabbe and Trygge trucks. 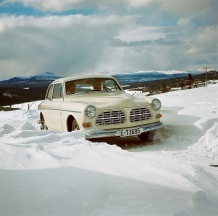