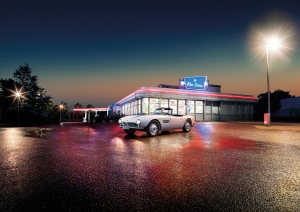 BMW’s Classic Center has fully restored a 507, one of the rarest and most sought-after convertibles the Munich-based company has ever produced. The 1957 example recently brought back to life is even more special because it once belonged to none other than Elvis Presley.

Purchased new by Hans Stuck, the 507 spent the first few years of its life racing in Germany and in Austria. Elvis became its second owner when he purchased it from a used car lot in Frankfurt in 1958. He was a soldier stationed in Germany at the time, and he used the roadster to commute from his house to the United States Army Base in Friedberg. While the car was initially white, Elvis had it repainted red because he got tired of fans using lipstick to leave him messages on the hood, the doors, and the trunk lid.

Elvis put the 507 on a boat to the United States at the end of his military service in 1960, but he traded it in to a Chrysler dealership in New York just a few months after. Presumably puzzled at the sight of a small, German roadster, the dealer sold the 507 to Tommy Charles, a racer based in Birmingham, Alabama, for the measly sum of $4,500. Charles replaced the original engine with a Chevrolet-sourced V8, a conversion that required cutting out part of the front sub-frame to clear the oil pan, and tore up race tracks across the southern United States until 1963.

The 507 changed hands several more times during the years that followed until it wound up in the collection of Jack Castor, an engineer and vintage car enthusiast from California, in 1968. He briefly used it to run errands, but ultimately stashed the roadster in a pumpkin warehouse with plans to one day restore it. He knew that his car had won hill climb racers in Germany and in Austria early on in its life, though he had no idea that it was once owned by the King of Rock n’ Roll.

A few years ago, Castor read an article in Bimmer magazine that highlighted the history of Elvis’ 507, which enthusiasts had been trying to track down for about five decades. Many believed it was simply lost, scrapped decades ago and never to be found again. Suspecting he owned the missing car, he contacted Jackie Jouret, the author of the article, and invited her to come out and take a look for herself. She verified that the car was indeed chassis number 70079, and put the retired engineer in contact with BMW’s Classic Center who confirmed it was indeed Elvis’ car by tracking down old insurance slips. BMW bought the car and shipped it back to Germany two years ago. 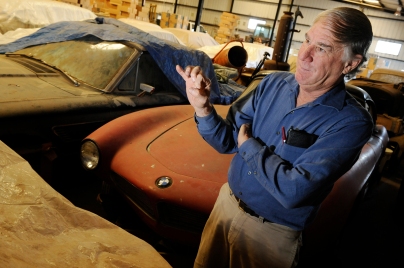 Bringing the 507 back to its former glory was easier said than done. BMW explains that the aluminum body was painstakingly separated from the steel chassis in order to retain as much of the original metal as possible. Moreover, 507 parts are hard to come by because only 254 examples were built so the missing instrument panel had to be newly cast, the worn leather upholstery was reproduced based on period documents, and the window cranks were 3D-printed and mirror-matched.

Mechanics built a 3.2-liter V8 engine from scratch using new and spare parts, and remanufactured the missing front sub-frame. Finally, the 507 was given a fresh coat of Feather White, its original color. All told, the restoration process took two years. It was largely carried out in-house by the experts at BMW’s Classic Center, but the company enlisted the help of external specialists when needed.

The 507 will be shipped back to the United States and displayed at the annual Pebble Beach Concours d’Elegance that will take place next week outside of Monterey, California. And if Elvis faked his death as conspiracy-theorists believe, the King may be strolling the green. 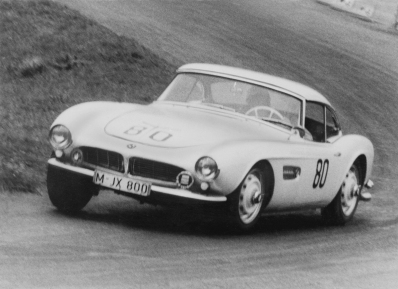 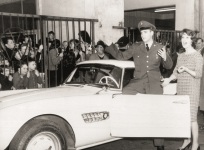 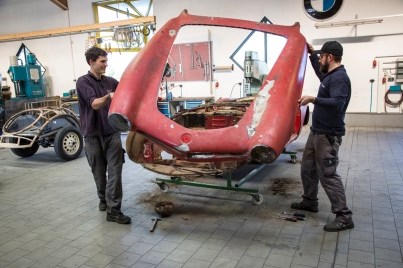 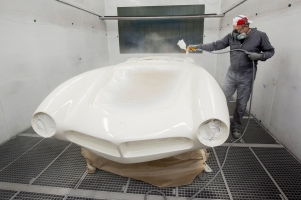 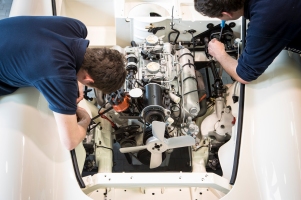 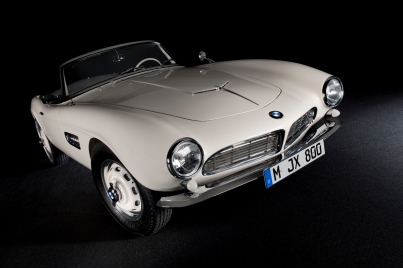 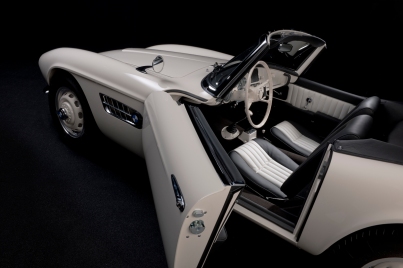