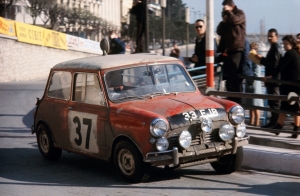 Although designed first and foremost a city-friendly econobox, the original Mini began its transition into a rally icon when it caught the attention of John Cooper, a good friend of Alec Issigonis, the man behind the car’s brilliant design. Cooper had made a name for himself by dominating Formula One in 1959 and 1960 with his innovative rear-engined race cars so he was no stranger to engineering. Story has it he noticed the Mini’s potential as soon as Issigonis showed him a set of early design sketches.

Cooper began tuning the Mini shortly after it made its world debut in 1959, and he sent pilot Roy Salvadori to the Monza track in Italy to explore the car’s full potential. Salvadori famously raced a Cooper-modified Mini against an Aston Martin DB4 driven by Reg Parnell and won the event by over an hour. A legend was born that day.

After successfully competing in the 1960 Monte Carlo Rally with one of his tuned Minis, Cooper tried to convince British Motor Corporation (BMC) to build a hot-rodded Mini and sell it to the general public. He knew that such a model certainly wasn’t going to boost the company’s annual sales but he believed that it could help fill its coffers if it was aimed at privateer racers. Issigonis was reluctant at first but BMC CEO George Harriman eventually agreed to test the waters by building 1,000 examples of the Cooper-tuned Mini.

The first Mini Cooper was powered by a 1.0-liter four-cylinder engine that made 55 horsepower, 21 more than a standard Mini, thanks in part to a pair of SU carburetors. Front disk brakes were fitted to safely bring the Cooper to a stop from its remarkable top speed of 80 mph. The more potent Mini Cooper S was presented shortly after. To earn the S badge, the Mini saw its four-cylinder mill bored out to 1,075cc and its output bumped to 70 horsepower at 6,200 rpm thanks to a number of cylinder head modifications.

The Mini Cooper competed in a number of hill-climbs and track events in England and abroad over the course of the 1960s, and it took first place in quite of few of them. Many great Formula One pilots like Niki Lauda, Graham Hill, Jackie Stewart and James Hunt humbly got their start behind the wheel of a Cooper. However, the high points of the car’s racing career are indisputably its victories in the challenging Monte Carlo Rally. Finnish pilot Rauno Aaltonen drove a Mini Cooper S in the 1962 edition of the Monte Carlo Rally. He was leading the race but he missed a turn and rolled just a few miles away from the finish line. Although Aaltonen was lucky to escape in relatively good shape, the Mini was a total loss and first place went to a Saab 96 driven by none other than Erik Carlsson.

The following year, Irish pilot Patrick “Paddy” Hopkirk and Aaltonen each drove a Cooper-tuned Mini and scored a 1-2 finish in their class. Surprisingly, the cars placed third and sixth, respectively, in the overall rankings, finishing ahead of larger and more powerful cars like the Volvo 122, the Ford Zodiac and the Lancia Flavia.

Likely remembering the motto that “what wins on Sunday sells on Monday,” Mini entered six Coopers in the 1964 edition of the Monte Carlo. The four-cylinder’s output was boosted to 90 horsepower, nearly three times the amount of a stock Mini but also three or four times less than bigger rivals like the V8-powered Ford Falcon and the Mercedes-Benz 300SE. While Bo Ljungfeldt’s Ford Falcon and Hopkirk’s Mini were neck-to-neck for most of the race, Hopkirk took the lead in the Alps while driving over the Col de Turini, an area also known as the “night of the long knives.” He drove flat-out towards the end of the race in order to retain his time advantage and took first in a stunning David vs. Goliath finish.

“It’s not like rallying today when you know where you are. I had to do the final circuit, then the journalists told me I had won and I couldn’t believe it. It surprised the world and us, so it was very nice,” recalled Hopkirk. “[Following the race] I got a telegram from The Beatles. That was followed by a photograph of the four of them autographed to me saying: ‘You’re one of us now, Paddy.’”

The following year, Timo Mäkinen and co-driver Paul Easter took on the Monte Carlo with a Cooper whose engine had been boosted yet again to 1,275cc. The Mini battled through what is still remembered as one of the most challenging editions of the race and took first place overall for the second consecutive time.

The Mini’s success was even greater in 1966, when Hopkirk, Mäkinen and Aaltonen – nicknamed the Three Musketeers – scored a 1-2-3 finish after dominating nearly the entire rally. However, race officials disqualified all three cars (and a Lotus Cortina that finished fourth) because they were allegedly equipped with illegal lights, so first place was handed to a Citroën DS driven by Pauli Toivonen. The call was one of the most controversial decisions in the history of the Monte Carlo Rally. The entire Mini team boycotted the dinner that was held after the race, Prince Rainier of Monaco protested the decision by going home before the prize-giving ceremony, and Toivonen never raced for Citroën again. Mini appealed the decision but it was upheld in October of 1966.

Many thought Mini would abandon the event in the wake of the scandal, but the team returned the following year and won with Aaltonen behind the wheel. However, the competition was getting increasingly powerful and 1967 was the last year that a Mini won the Monte Carlo. The following year first place went to a Porsche 911 T and the best that the Cooper S could manage was third.

While the Cooper name was phased out from the Mini lineup in the United Kingdom in 1971, it stuck around for several years in Italy on the trunk lid of the Innocenti Mini Cooper 1300 and in Spain on the Authi Mini Cooper 1300, two versions of the city car that were built under license. In the UK, the sport-focused member of the Mini lineup became the 1275GT, which featured a more modern-looking squared-off front end and a 60-horsepower 1.2-liter engine. 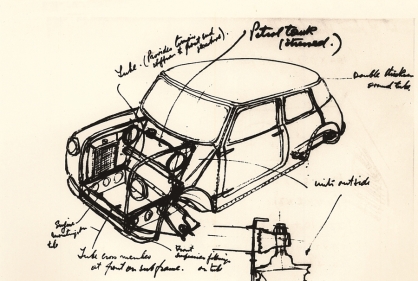 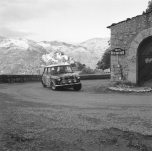 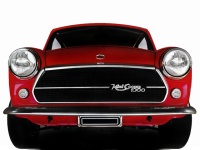 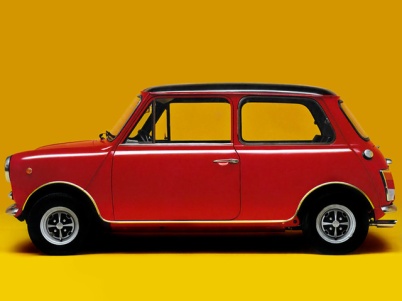 One thought on “Mini classics: Looking back at the race-winning Cooper”