The Renault 4 F4 pictured below is proof that abandoned cars aren’t always buried deep in forests. Some are hiding in plain sight, too.

This 4 is ending its days in a small town located in central France. I’ve been driving past it on a regular basis for the past four or five years, and I have never once seen it move from that spot. The registration sticker on the windshield expired in 2010, if memory serves. It’s complete, but the body is a little rough and the floors are starting to rust — there’s even a plant of sorts growing through the driver-side footwell.

The registration number isn’t original so it doesn’t help us figure out when this 4 was built. However, it’s still fitted with the old-style dashboard and the turn signal stalks located on the right side of the steering column, which tells us that the later “Renault 4 F4” emblem riveted to the rear door isn’t original. The “Renault Elf” sticker on the back window is our most valuable clue. It was common on Renaults built in the early and the mid-1980s; my 1981 F4 has the same one in the same spot. All 4 variants received a new dashboard in 1982, so the model featured here is either a 1980 or a 1981.

I left a note on the 4 shortly after I took the pictures below but the owner never called me, so I don’t know why it’s been sitting in a public parking lot for years. Let’s hope it gets saved, not impounded and crushed. 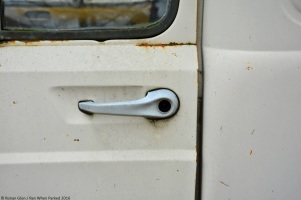 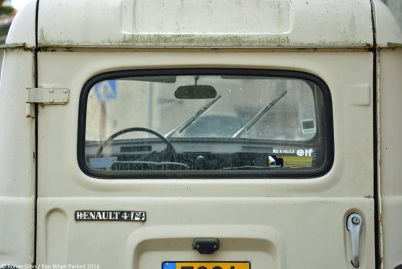 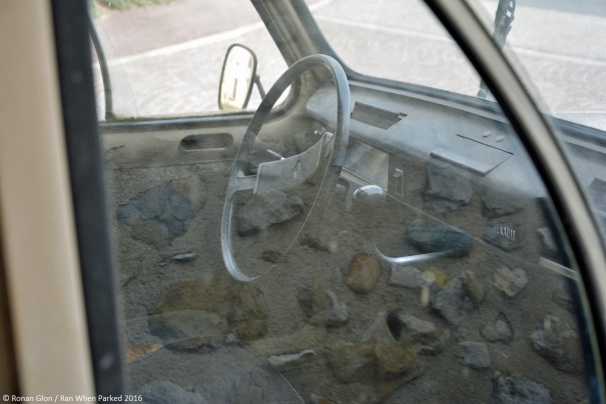