After making a stop in Yugoslavia last week, we’re traveling to Stockholm, Sweden, during the 1960s. The first three pictures below were taken in or around the capital between about 1960 and 1965, and the last one was shot at the Arlanda international airport.

What car(s) can you identify in these shots? What one(s) would you most like to have in your garage? We’re tempted by one of the Beetles, but we’d ultimately drive back to the present in the Saab 92 that’s pulling away from the stop light in the first picture. 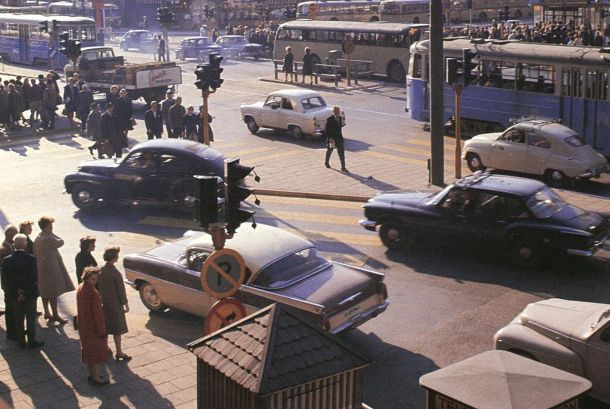