We’re traveling back to Seattle, Washington, during the late 1970s and the early 1980s. The first three photos were seemingly taken in the city, and the last one shows cars being transported from Seattle to Alameda on the USS Enterprise.

What car(s) can you identify in these images? What one(s) would you most like to have in your garage today? We’d be happy with the blue International Scout on the deck of the USS Enterprise, or the beat-up yellow Beetle in the first photo. 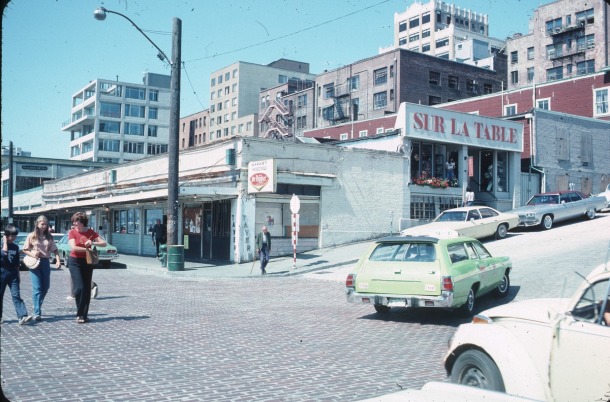 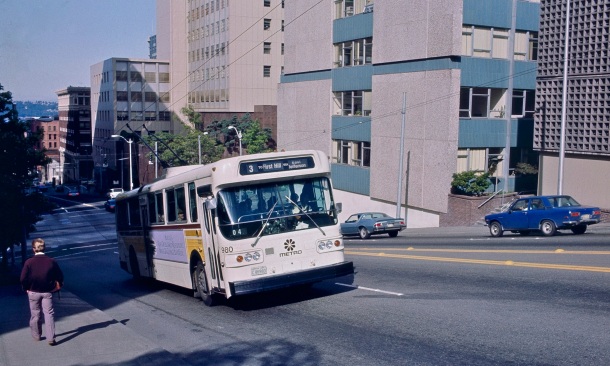 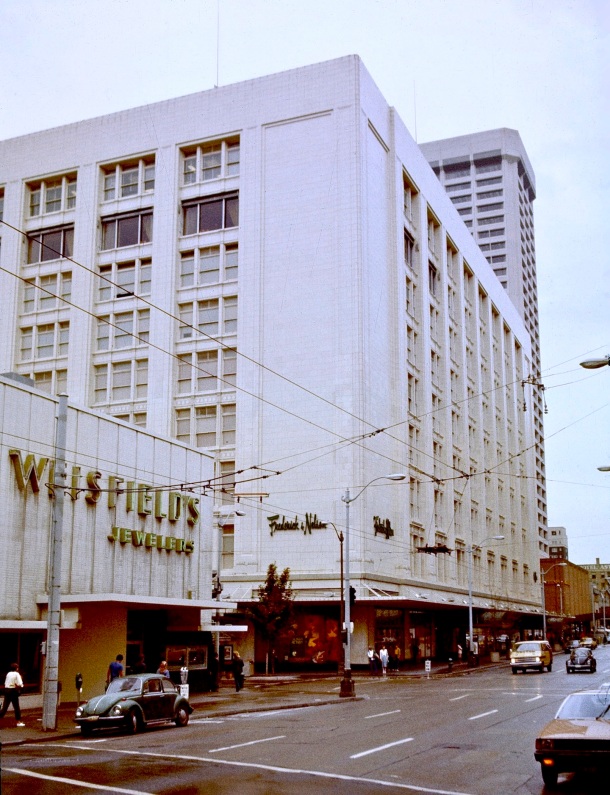 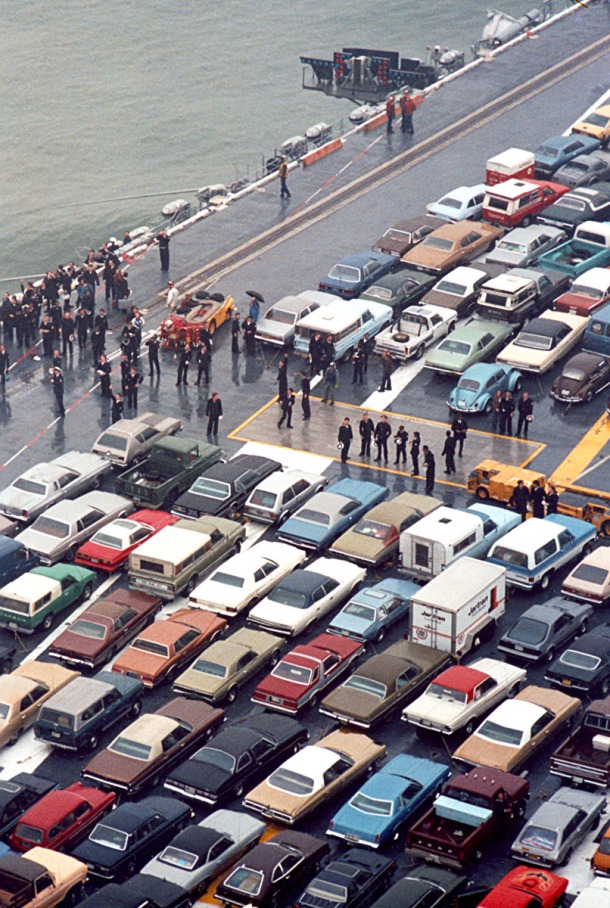