Mercedes-Benz claims it invented the automobile when Carl Benz built the first Benz Patent Motorwagen in 1886. Be that as it may, the original prototype was destroyed decades ago and the Patent Motorwagen that’s routinely displayed at car shows and in the company’s official museum is a replica that was built recently.

The oldest surviving Mercedes is the 1902 Mercedes-Simplex 40 HP pictured below. Designed to replace the Mercedes 35 HP, the 40 HP featured a host of advancements such as a steel frame, intake valves opened and closed by a camshaft, and a highly efficient cooling system that was considered state-of-the-art at the turn of the century. It handled better than its predecessor thanks to a low center of gravity and a relatively long wheelbase, and it was designed to be markedly more user-friendly, which explains why it was badged “Simplex.”

The example pictured below was purchased new in 1902 by an American businessman named William Vanderbilt. Mercedes explains Vanderbilt traveled all the way to Germany to pick up the Simplex and he drove it to Paris the following day. He covered nearly 400 miles (621 kilometers) in just two days, an impressive feat when you consider that paved roads were few and far between at the time. 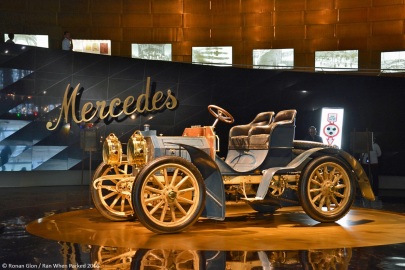 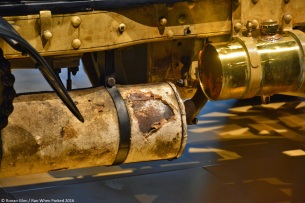 5 thoughts on “A look at the 1902 Mercedes-Simplex 40 HP, the oldest remaining Mercedes”