I recently returned to Gothenburg, Sweden, for the global unveiling of the brand new Volvo S90. I had some free time on the day after the event so I meandered around the city, and I stumbled upon the 99 Combi Coupé pictured below right in the heart of downtown while walking back to my hotel.

I was highly surprised to see the 99 hiding in a sea of late-model cars because unrestored classics are hard to come by in downtown Gothenburg. Until I spotted the 99 the oldest car I had seen all day was a Volvo 740 station wagon. Additionally, 99s have become rather uncommon throughout many parts of Sweden. I wouldn’t go as far as calling them rare — they’re not — but you’re no longer guaranteed to see one every day. 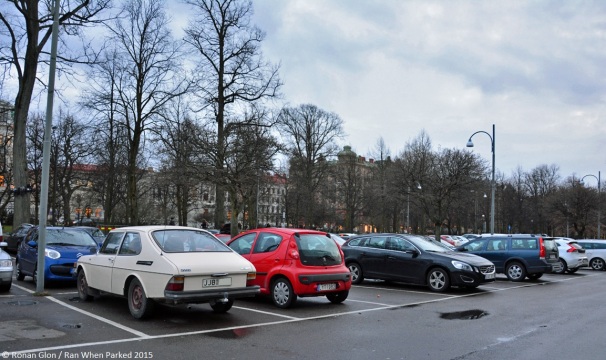