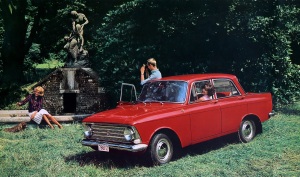 A spokesperson for the Renault-Nissan Alliance has confirmed that officials are in the early stages of reviving Moskvitch, a once-popular Russian car maker that filed for bankruptcy in 2006.

“We’ve sent Rospatent the paperwork required to obtain the rights to the Mosvitch name,” explained the spokesperson in a statement sent to Agence France-Presse.

Further details were not provided, so what Renault-Nissan plans on doing with the brand is anyone’s guess at this point. However, it’s worth noting that the Alliance has put an increasingly large focus on the Russian new car market in recent years. It already owns a controlling stake in Lada parent company Avtovaz, and CEO Carlos Ghosn ambitiously hopes to control about 40-percent of the market by the end of the next year.

Moskvitch — a word that literally translates to “son of Moscow” — traces its roots back to the KIM plant that was completed in November of 1930. The name was introduced in 1946 on a compact model dubbed 400 that was essentially a carbon copy of the original Opel Kadett.

Moscow-based Moskvitch was one of Russia’s biggest car makers up until the collapse of the USSR. It wasn’t as present on the international stage as Lada, but it nonetheless managed to sell a handful of cars outside of its home country. Notably, Renault briefly built the Moskvitch 408 (pictured above and below) alongside the Rambler Rebel and the 6 in Vilvoorde, Belgium, during the late 1960s. 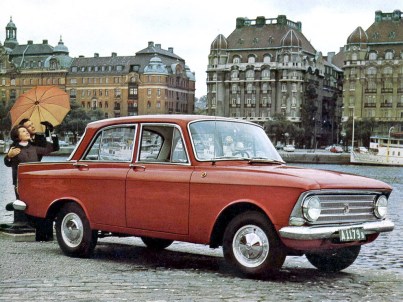 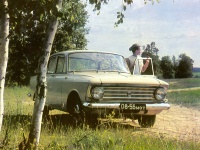 9 thoughts on “News: Renault is in the early stages of reviving Russia’s Moskvitch”