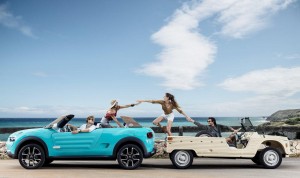 Citroën has traveled to the Frankfurt Motor Show to introduce the Cactus M, a concept car designed as a homage to the Méhari that was built from 1968 to 1987. As its name implies, the Cactus M is based on the funky C4 Cactus crossover.

The Cactus M takes the form of a two-door convertible, and the rear seats are accessed via steps integrated into the sheet metal on either side, a styling cue that harks back to the Méhari.  Slightly taller than a stock Cactus, the M features doors entirely covered with Citroën’s innovative Airbump material and a roll bar that doubles as a roof rail when the passengers need to carry large items such as surf boards.

The interior is spruced up with island-themed red and white upholstery on the dashboard and on the seats.  The suitcase-like glovebox and the digital instrument cluster are both carried over from the regular-production Cactus, but the cockpit in its entirety is designed to be pressure-washed thanks to waterproof lining on the floors and drain holes in the foot wells.

On one hand, Citroën boss Linda Jackson recently admitted that she is strongly considering green-lighting a modern-day Méhari.  On the other hand, PSA Peugeot-Citroën is going to great lengths to cut costs all across the board and it has made it clear that it can’t afford to build niche models, notably by announcing that the Peugeot RCZ will not be replaced.

Updated on September 16th, 2015: Here’s a gallery of live pics we took during the Frankfurt show 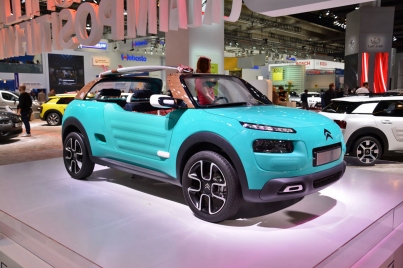 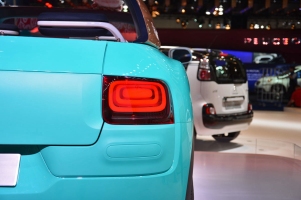 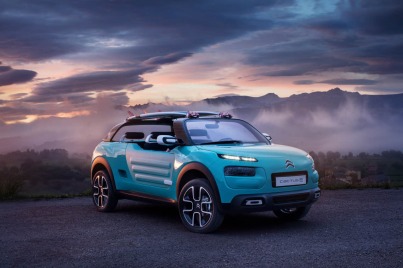 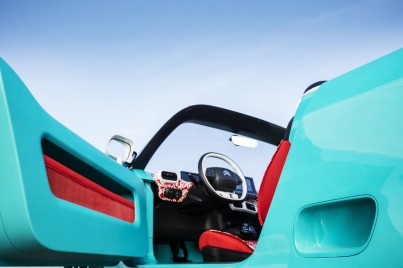 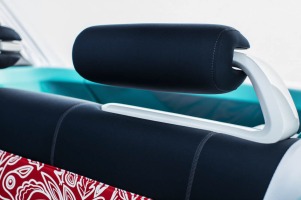