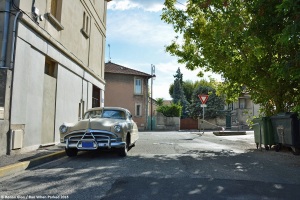 Imagine you’re in a small village in southern France.  It’s summer so it’s relatively hot and humid out, there’s a slight breeze and the cicadas are out in full force. What kind of classic cars would you come across? Maybe a worn-out Citroën Acadiane still being used daily by a farmer, a German-registered Mercedes-Benz w108 with four tourists on board, and an overly-restored Spitfire that only comes out on weekends. Definitely not a Hudson Commodore, though.

Surprisingly, that’s exactly what I came across about two weeks ago in a quiet, picturesque village located about 20 minutes away from Avignon. I’m not an expert on French laws so I’ll stick to the fact: the Commodore is wearing a set of California blue plates that expired less than a year ago and it’s got a current French inspection sticker.  That tells us it’s a recent import and it’s fully street-legal here, though why it doesn’t have French plates is anyone’s guess. Maybe it’s here on a temporary permit of sorts.

The Commodore is in remarkably good shape, keep in mind it’s over sixty-years old.  It’s rust-free (most likely because it comes from southern California) and it looks to be entirely original, though who knows what’s lurking under the hood. Regardless, it’s amazing to see it  parked thousands and thousands of miles away from Detroit. 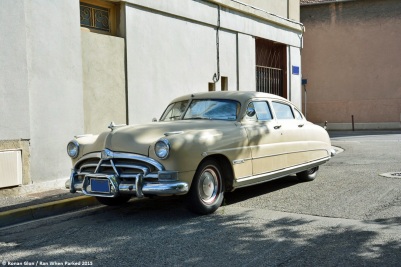 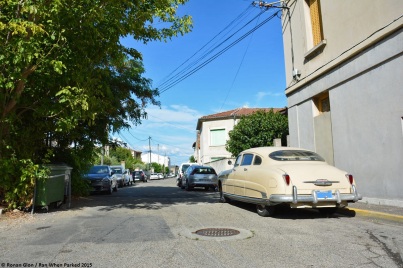