I found the three Citroën 2CVs pictured below behind an abandoned (or at least empty) repair shop located about an hour from the town I live in. The garage is actually right off of a fairly busy country road, but the only way to get a glimpse of the cars is to drive around it, you don’t see them from the main road.

The two beige 2CVs are in relatively bad shape, though the one on the right – with the tree growing the front end – is riding on a chassis that looks a lot newer than the rest of the car. Odds are it’s not original, especially because it looks fairly well rust-proofed. The middle car was involved in a minor accident and it’s been off the road since 1992, and the red car is the most salvageable of them all. It’s more or less complete, it looks like it was simply parked there one day and forgotten about.

About half of the world’s wasp population is seemingly living in the red 2CV, and they seemed angry so I didn’t stick around for very long. I’ll go back there this winter to shoot better pictures and see if I can find out more about what the story behind them is. They’re not alone, either, there are two more classics (and a few slightly newer cars, like the C15 you can see in the background of some of the shots below) that we’ll take a look at next week. 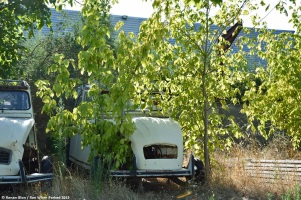 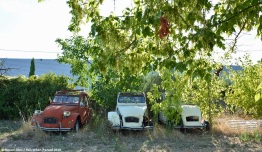 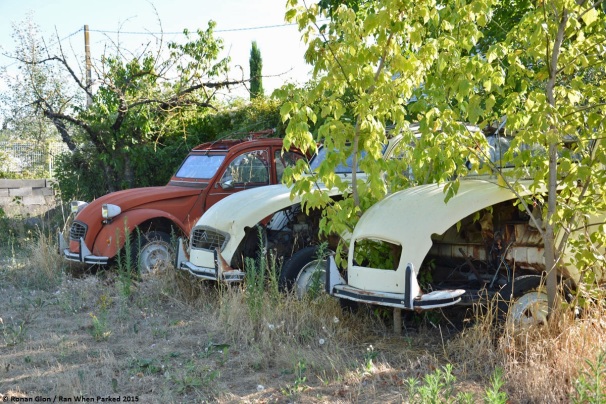