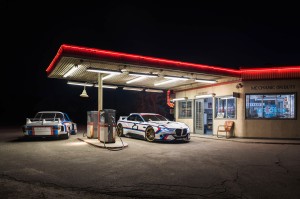 Held on the picturesque shores of the Pacific Ocean in central California, the Pebble Beach Concours d’Elegance used to be an event where wealthy collectors went to buy and sell cars and mingle among themselves. You can still meet like-minded individuals and take home a classic with a six-digit price tag, but the annual Concours d’Elegance is increasingly becoming a venue where car makers go to introduce new models between auto show seasons.

This year, Lexus, Infiniti, Rolls-Royce, Lamborghini, Hyundai (!), McLaren, and a virtually unknown Chinese startup named Icona are on the list of automakers that are bringing new cars and/or concepts to the event. BMW is showing two concepts, the M4 GTS – which packs an innovative water-injection system – and the 3.0 CSL Hommage R.

The Hommage R was built to celebrate BMW USA’s 40th anniversary, and as a tribute to the original 3.0 CSL that allowed BMW to take home the manufacturer’s championship after the 1975 IMSA season. However, careful observers will notice that it’s not a brand new concept but simply an update of the 3.0 CSL Hommage that debuted a couple of months ago at the Villa d’Este Concours d’Elegance.

The Hommage R stands out from the first concept thanks to a white paint job with BMW Motorsport stripes, a new grille with mesh inserts and a bigger air diffuser out back. “Bavarian Motor Works” logos on both wind screens add a finishing touch to the look.

The cockpit features a cross-member designed to look like the wood trim that was fitted to the 1975 3.0 CSL. Apart from that, the passenger compartment is high-tech and futuristic with features like a rectangular steering wheel and a carbon fiber roll cage built into the roof panel. A special racing suit designed jointly with Puma transfers data from the steering wheel to a heads-up display integrated into the visor of a purpose-built helmet. Of course, information is only transferred when the driver keeps both hands on the wheel.

What the concept is powered by is anyone’s guess. For what it’s worth, the 3.0 CSL Hommage featured a gasoline-electric hybrid drivetrain built around a straight-six engine.

The 3.0 CSL Hommage R is merely a design study that will not be added to the BMW lineup as-is. However, certain styling cues could eventually trickle down to BMW’s regular-production models over the coming years, notably the next-gen 6 Series that’s scheduled to come out before the decade draws to a close. 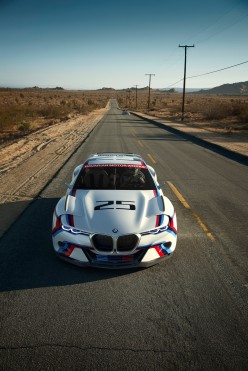 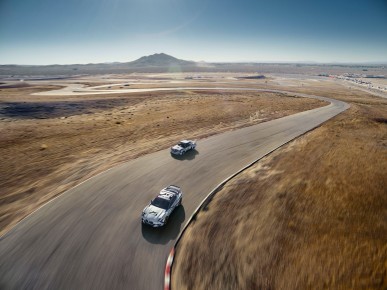