We photographed the Renault 10 you see below on the side of a remote back road in the south of France. The 10 is barely visible when you drive past it, it takes a well-trained eye to notice the back end of it sticking out from the woods.

Like a vast majority of the abandoned cars in the area, the 10 was most likely stolen decades ago, taken for a joy ride, stripped and abandoned. A long list of parts are missing, notably the engine, the transmission, the headlights and nearly every single body panel. The roof has been chopped off and it’s sitting just a few yards away from the car.

The 10 looks like it’s by itself today, but there were most likely a few other abandoned cars in the area at one point. We found a Renault 5 GTL hatch, what looks like a Renault 5 front seat and, oddly enough, a second Renault 10 roof panel. Those cars might still be around – the field above the 10 is overgrown with thick, chest-high weeds, so there’s a chance we’ll find a few more cars this winter once everything dies. 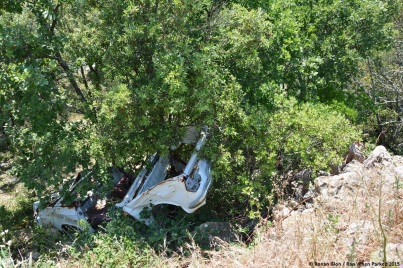 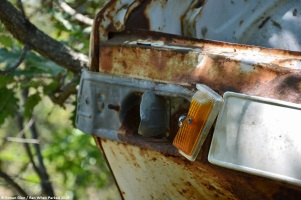