This mid-1970s Citroën HY van is ending its days on a half-vacant plot of land in southern France.

The registration number painted on the back end of it indicates it was sold new right on the outskirts of Paris, so nearly 500 miles away from where we found it a few weeks ago. The right side of the van pops open and the cargo area is fitted with shelves so it was likely used as a mobile store for most of its life. The windshield is gone so we can’t tell when it was last registered.

The van is surprisingly rust free and it’s got almost Arizona-like patina from sitting in the baking sun for decades. However, since the wheels have been removed we’re pretty sure the underside of it looks like Swiss cheese, meaning that getting it back on the road would be a lot easier said than done. 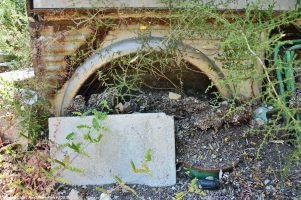 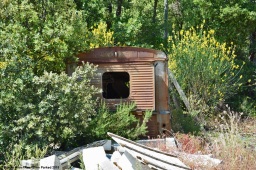