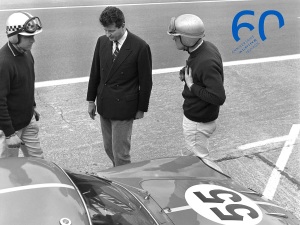 Renault’s reborn Alpine division has confirmed plans to introduce a brand new concept this Saturday before the start of the 24 Hours of Le Mans. Official details are being kept under wraps for the time being but sources close to the automaker have revealed the concept will accurately preview the first regular-production Alpine of the 21st century.

Renault has a long history of previewing its cars with close-to-production concepts. For example, the rear-engined third-generation Twingo was previewed by two concepts called Twin’Run and Twin’Z, respectively (pictured below). Both cars were billed as simple design studies but, in retrospect, they were essentially the third-gen Twingo in disguise. We imagine Alpine will pull the same trick at Le Mans this weekend.

Stay tuned, we’ll bring you full details about Alpine’s next concept when it’s unveiled on Saturday at about 1:35 pm local time.

3 thoughts on “News: Alpine will preview its upcoming coupe at the 24 Hours of Le Mans”