If you’re anything like us you have a hard time going a year without buying a classic car. We just purchased a 1991 Renault 4 Savane, the entry-level model that was known as the 4 TL throughout most of its production run. We certainly don’t need another car (or another 4 – this is our fourth one) but we couldn’t pass up the opportunity to own one of the later models with the 1.0-liter Cleon engine.

We haven’t had the chance to drive our new 4 much, we’ve had it for less than a week and it admittedly needs a starter, but it’s in relatively decent shape. While it’s certainly not a show car, it’s rust-free and it runs well, which is all that really matters as far as we’re concerned. As an added bonus, it came with a roof rack and a trailer hitch!

How about you, what’s the last classic car that you’ve purchased? 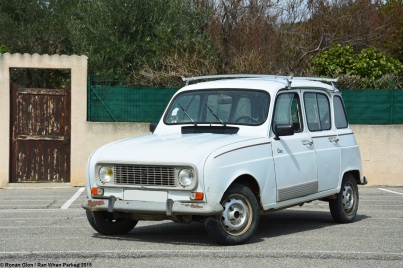