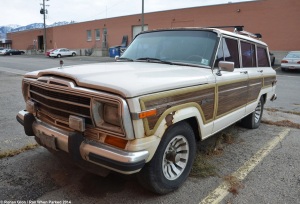 We photographed the Jeep Grand Wagoneer pictured below in northern Utah last November. Although at first glance it appeared to be in relatively good shape, a closer look revealed that the truck hadn’t been registered in about two years and that it hadn’t moved in quite a while.

Wagoneers are prone to rust and this one is no exception. Both front fenders are chewed through and there are several smaller spots scattered all around the body, though the rocker panels are surprisingly solid. Rust aside, this Wagoneer is 95-percent complete and straight, it doesn’t appear to have ever been in a wreck. We obviously don’t know what shape this truck is in mechanically but getting it back on the road would likely be easy and cheap.

Similarly, we don’t know what the Wagoneer’s story is. It could be abandoned, it could be patiently waiting for a restoration or it could even be a parts car. If it’s the former, we imagine that it will be scooped up and fixed up sooner rather than later as these trucks have been shooting up in value over the past few years. 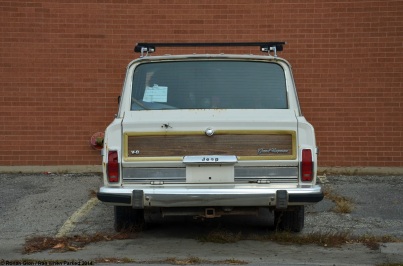