Renault and Citroën have each published a press release to announce that they will participate in the 18th edition of the Historic Monte-Carlo Rally. The event is scheduled to kick off next week in five European cities: Glasgow, Copenhagen, Reims, Turin and Barcelona.

Renault will celebrate the 50th anniversary of the 16 by fielding a pair of TS models in the rally. The Paris-based automaker will also enter two 12 Gordinis, including one driven by famed pilot Jean Ragnotti. All four cars are currently being prepared by Renault’s Classic division on the outskirts of Paris. 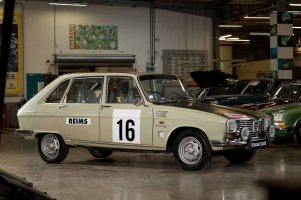 Citroën is commemorating the 60th anniversary of the DS by entering a heavily-modified 1966 DS 21 in the Monte-Carlo. Wearing number 21, the sedan will be driven by Bob Neyret, a retired pilot who has raced DSs in a long list of events including the Monte-Carlo Rally, the Rally of Morocco and the Rally of Portugal. Citroën has yet to publish pictures of the car. 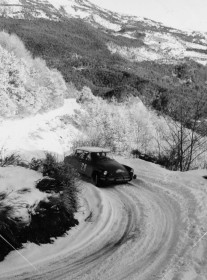 Stay tuned, we’re trekking up to Tournon-sur-Rhône, France, on February 2nd to cover the rally.

2 thoughts on “Renault, Citroën to participate in Historic Monte-Carlo Rally”