Remembered as one of the most forward-thinking engineers of his era, Dante Giacosa believed that Fiat’s small economy cars could be more spacious and better to drive if they switched from the traditional rear-engined/rear-wheel drive configuration to a front-engined/front-wheel drive setup. Although many accused Giacosa of copying Issigonis’ Mini, the engineer actually designed and patented a front-wheel drive drivetrain centered around a transversally-mounted engine in 1947.

Giacosa hoped that his drivetrain would be used in the 600 but Fiat ultimately went with a longitudinally-mounted engine located behind the passenger compartment. Looking back several decades later, Giacosa explained that part of the reason why the setup didn’t make it to production was because “the components of the engine and the gearbox are housed inside the same casing. This means they cannot be assembled and tested separately in different workshop.” Giacosa went on to explain that when the engine and the transmission are mounted side by side, “a series of gear-wheels – or else a chain – has to be used to transmit drives from the motor to the gearbox. This means additional complications, higher noise levels, increased loss of power due to friction, heavier weight and higher costs. The Mini, with the transmission gears in the crankcase, presents these defects.”

Another obstacle that stood in Giacosa’s way was Fiat’s management, who doggedly believed that the only way to build a small car was to put the engine behind the rear axle. Likely using the Mini’s success as leverage, Giacosa eventually managed to convince his superiors to give front-wheel drive a shot but there was catch: skeptical, Fiat executives ruled that the layout would first be tested by Autobianchi, a division formed in 1955 by Fiat, Bianchi and Pirelli. The rationale was that if the front-wheel drive car was a total flop it wouldn’t be directly associated with the Fiat name.

Giacosa and his team quickly got to work on designing the Primula, the name given to Fiat’s first-ever full-production front-wheel drive car, and the finished product was presented to the press and the public at the 1964 edition of the Turin Motor Show. Giacosa mounted the transmission in-line with the engine in a bid to fix the issues that he found with the Mini, a setup that is commonly found in virtually all types of cars today. 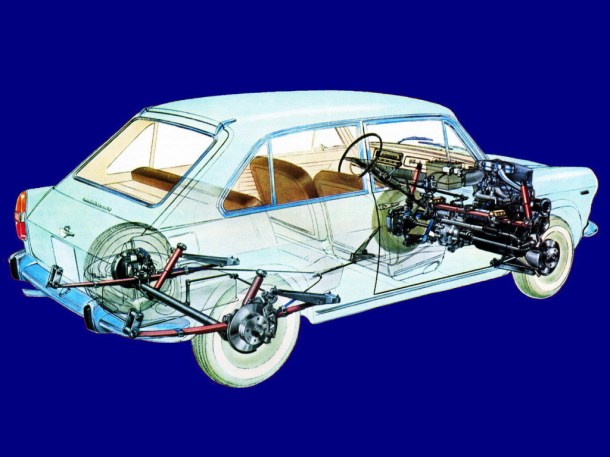 The Primula was introduced with a 1,221cc four-cylinder engine sourced from the 1100 D. Linked to a four-speed manual transmission, the four-banger generated 59 horsepower at 5,600 rpm and 68 lb-ft. of torque at 3,200 rpm. A double-barrel Solex carburetor was added to the four-cylinder the following year, bumping its output slightly to 65 horsepower and 96 lb-ft. of torque. Four-wheel disc brakes came standard and, interestingly, Autobianchi had to equip the Primula with a hydraulic clutch in order to reduce the size of the bellhousing and fit the drivetrain transversally.

Autobianchi launched the Primula as a four-door sedan but the lineup was soon expanded with the addition of a two-door sedan, three- and five-door hatchbacks and even a coupe with a sleek roofline. Similarly, new engines were added to the catalog including a Fiat 124-sourced 1,197cc four-cylinder rated at 65 horsepower and 64 lb-ft. of torque and a 1.4-liter that generated a healthy 75 horsepower and 80 lb-ft. of torque. Borrowed from the 124 Special, the 1.4-liter was exclusively fitted to the range-topping Primula Coupe S. Finally, the Primula was given a mid-cycle facelift in 1968 that brought a number of changes including a smaller radiator grille.

Fiat saw the Primula as a potential rival for its own cars, including the 850 that was introduced the same year. Ironically, both the Primula and the 850 were designed by Dante Giacosa. The Turin-based automaker ultimately got lucky because Italian buyers never really warmed up to the Primula and remained faithful to rear-engined cars for at least another decade.

However, the Primula was relatively successful in France, where buyers were already driving front-wheel drive cars with hatchbacks. The press billed it as an Italian Peugeot 204 and as smaller version of the Renault 16. In 1969, the Primula five-door hatchback cost 10,836 francs while the 75-horsepower Coupe S retailed for 12,992 francs. To put those figures into perspective, that same year a Fiat 500 L cost 5,290 francs, an 850 Special cost 7,120 francs and a Peugeot 204 Grand Luxe cost 10,550 francs. The Renault 4 cost 6,712 francs and the Beetle started at 7,680 francs.

The Primula was phased out in 1970 after about 75,000 examples were built. Its spot in the Autobianchi lineup was filled by the A111, a more traditional-looking three-box sedan that was roughly the same size and shape as the Fiat 124. Introduced in Italy in 1968, the A111 was powered by a transversally-mounted 1.4-liter four-cylinder engine that spun the front wheels via a four-speed manual transmission, roughly the same drivetrain that was found in the Primula Coupe S. The Primula’s drivetrain was also shoehorned in the Fiat 238, a medium-sized van aimed at the Volkswagen Bus.

Although it was far from a success from a commercial standpoint, the Primula was a monumentally important car for Fiat because it ushered in the mechanical layout that nearly all of the group’s cars have used since. Fiat admitted that Giacosa had a point and timidly gave front-wheel drive a chance when it launched the 128 in 1969. Immediately, critics praised the 128’s sure-footed handling and its spacious interior, attributes that it inherited directly from the Primula. 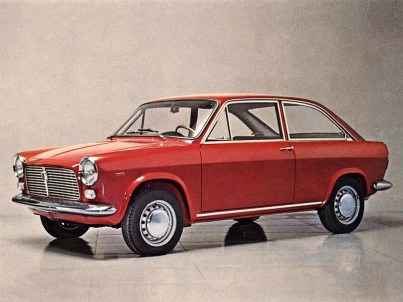 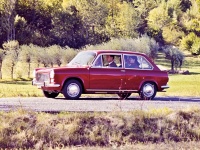 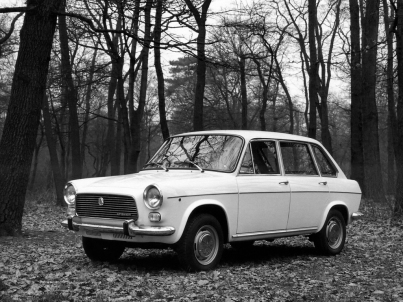 9 thoughts on “A look at the Autobianchi Primula, Fiat’s first front-wheel drive car”