We’re traveling back to Frankfurt, Germany, in the early 1960s. The following pictures were taken in the general vicinity of the Frankfurt American High School, which explains the presence of a couple of unexpected American cars.

What car(s) can you identify in the following pictures? What one(s) would you most like to see in your garage?

We’d personally be tempted by the Renault Dauphine in the first picture or any of the Beetles. 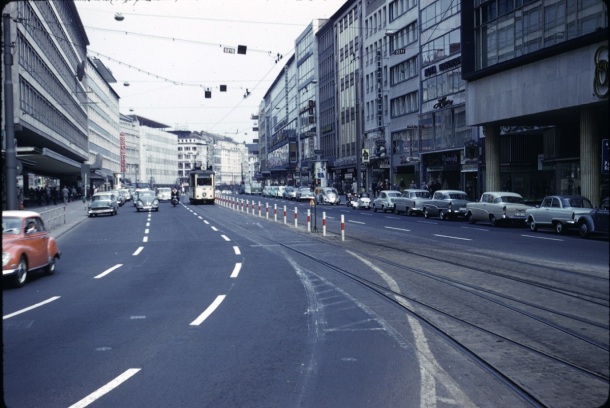 6 thoughts on “Rewind to Frankfurt, Germany, in the early 1960s”