We photographed the 1978 Land Rover Series III Lightweight pictured below in a sea of late-model used cars at a Land Rover dealership in Utah. This off-roader must have had quite a life: It was presumably sold new to the British Army (or the Royal Marines), it is wearing a 2010 Hawaii inspection sticker on the rear bumper and it is looking for a new home in the American west.

The Land Rover Lightweight came to life because the British Army and the Royal Marines needed a vehicle that they could transport using Westland Wessex helicopters. The Land Rover Series IIs that were used by the army up until that point were too heavy to be airlifted because the Westland Wessex could only carry 2,500 pounds (1,140 kilos). This meant that either Westland needed to build a more capable helicopter or Land Rover needed to build a lighter Series II. Not surprisingly, Land Rover stepped up to the plate and built the first Lightweight prototype in 1965. 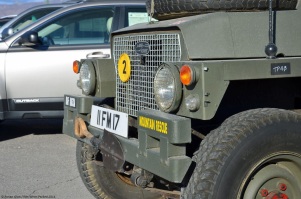 The full-production Series IIa Lightweight was introduced in late 1968. Ironically, it tipped the scale at 2,650 pounds (1,202 kilos), making it heavier than the Series IIa on which it was based. However, it got under the weight limit because the bulk of its body panels were designed to be easily removed, shipped separately and assembled on-location in mere minutes. The II Lightweight’s track was narrower than that of a Series II in order to fit on a pallet.

The original Lightweight was replaced by a slightly updated model based on the new Series III in 1972. The revisions were largely invisible to the naked eye and included a new engine with five main bearings, an alternator, a new combination switch, a relocated ignition switch, a III-specific chassis and a transmission with syncromesh on 2nd, 3rd and 4th gear. Production carried on until 1984. 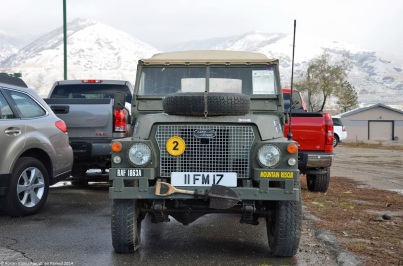 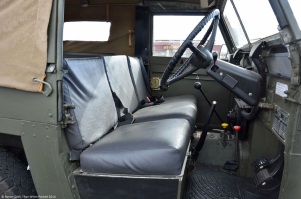