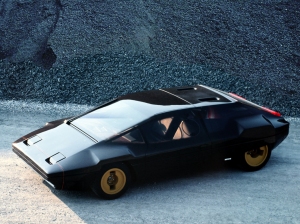 Bertone presented the Lancia Stratos-based Sibilo concept at the 1978 edition of the Turin Motor Show. Like many of the coachbuilder’s concepts over the course of the 1970s, the Sibilo was developed to provide insight into what the sports car of the future could look like.

Visually, the Sibilo featured a wedge-shaped silhouette that shared very few styling cues with the Stratos it was based on. It rode on gold wheels that provided a contrast with the dark brown body work, and the futuristic look was emphasized by blacked-out windows all around. Out back, it featured a rakish glass hatch, rather mundane-looking rectangular tail lamps and the word “SIBILO” written in LCD letters.

The cockpit was just as futuristic as the body work. The instrument cluster was moved far back into the dashboard close to where the windshield meets the sheet metal, a setup that put it directly in the driver’s line of sight. This eliminated the need to see through the steering wheel so Bertone fitted the coupe with a full spoke-less steering wheel. The bulk of the car’s controls were either located behind the steering wheel or directly in the middle of it.

Power for the Sibilo came from a stock Stratos Stradale-sourced 2.4-liter V6 engine that made 192 horsepower at 7,000 rpms and 167 lb-ft. of torque at 4,000 rpms. The concept was said to be fully functional but Lancia never published performance specifications.

It goes without saying that the Lancia Sibilo remained a design study that was never seriously considered for production. However, it’s interesting to note that some of the features found inside the concept have more or less made it to production. The instrument cluster is similar in concept to the head-up display technology that is available in many high-end cars today. 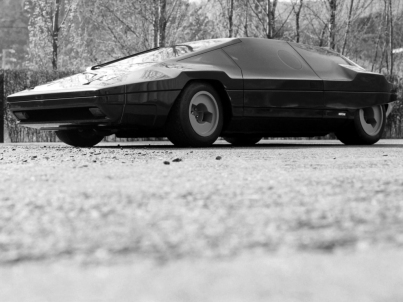 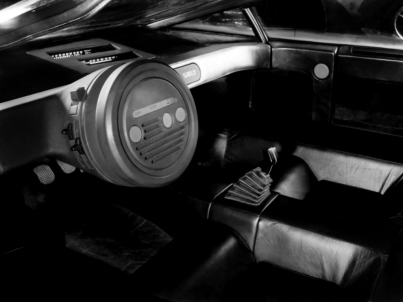 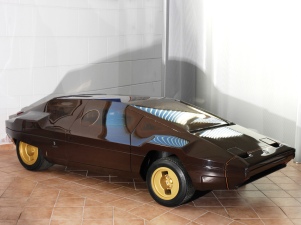 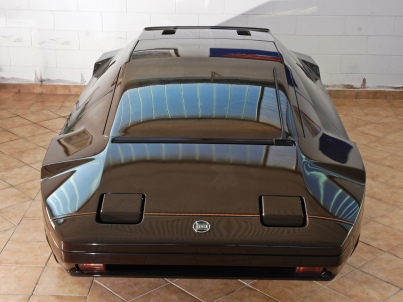