The Mercedes-Benz 220D (w115) pictured below is ending its life behind an abandoned farm in the south of France. We were doing about 80 mph (130 km/h) when we saw it but we instantly knew it was a strich acht Mercedes.

We got off at the next exit and followed the frontage road back to the farm. A closer look reveals the car has likely been used for parts, every component is missing including all mechanical parts, most of the interior and all of the doors. The yellow spots are a POR-15-type paint that were applied to cover rust, though we can’t explain why there are X’s up front or why the passenger-side quarter panel is half yellow, half black – the last owner presumably got a surge of creativity All told, this Mercedes likely had a tough life even before it wound up in the barn.

The registration number is not original so it’s hard to tell precisely when it was built, but it is an early model because it still has the smooth headlights. We can’t tell when it was last on the road because the windshield is gone, but if it’s any indication the farm looks like it has been abandoned for at least two decades. 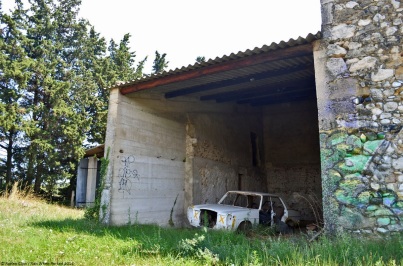 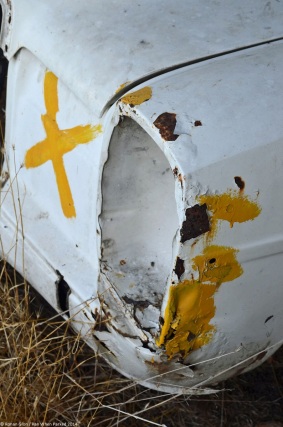 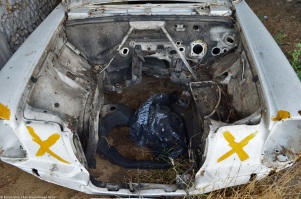