The first pre-production Land Rover Range Rover ever built has been sold at an auction in London, England, for £132,250, a sum that converts to approximately $213,000 / €165,400. The identity of the lucky new owner has not been disclosed.

The first six pre-production Range Rovers were registered in Croydon, England, in order to disguise their true identities as Land Rover took them through the final phase of testing in late 1969 and early 1970. Example number one was given registration number YVB 151H when it rolled off the assembly line in December 17th, 1969.

After spending time in Land Rover’s press fleet, chassis number one was painted Sahara Gold and sold to Michael Forlong in April of 1971. It lost its original registration number as it went through a series of owners across England over the next few years, turning a historical Range into a run-of-the-mill aging two-door model. The current owner identified it as chassis number one in the 1990s and quickly purchased it.

The off-roader is still equipped with its original 3.5-liter V8 engine, four-speed manual transmission, axles and chassis, and it still features the rare aluminum hood that came only on the earliest Range Rovers. It has been painstakingly restored by the current owner, a well-known Land Rover enthusiast, and repainted in its original shade of Olive Green. The Range was also reunited with its first registration number. 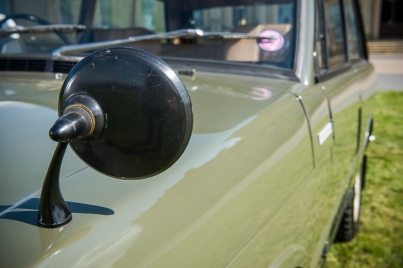 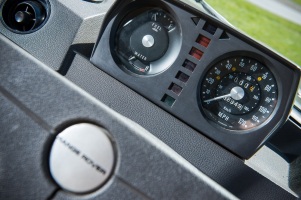