We’re in the middle of a series of articles that covers cars and vans hiding in an abandoned campground located on the outskirts of Marseille, France. All of these cars were stolen, stripped and hidden out of sight decades ago. The ones that we’re showcasing were all built in either the 1950s or the 1960s, but the odd part is that there are also a handful of more modern cars like a Peugeot 306 and at least two first-generation Renault Clios. The place looks like a stolen car depot passed down from father to son.

We’re featuring the cars in the order that we photographed them in: Walking from north to south through the vast, wooded plot of land. The campground hasn’t been used in decades and it is littered with car parts as well as miscellaneous scrap metal, construction debris and so forth. The only indication that this was once a place where families went on vacation are portable plastic toilets.

Following the Peugeot D4A van and the Citroën H tow truck, the first passenger car in the series is the late-1960s Simca 1501 pictured below. The 1501 was introduced in 1966 as an evolution of the 1500 and it stayed in production until 1975. It was not very popular when it was new and it has become fairly rare today – we wouldn’t know where to go to find another one (running or not) in the area.

The 1501 still has all of its body panels, its interior is mostly complete and the only major mechanical component that’s missing is the cylinder head. It’s more complete than most of the other cars in the campground and it’s surprisingly rust-free, but decades of vandalism have left it in a rather sad state.

There are no stickers that indicate when the 1501 last saw a public road, but it’s likely been sitting under the same pine trees for at least 25 years. 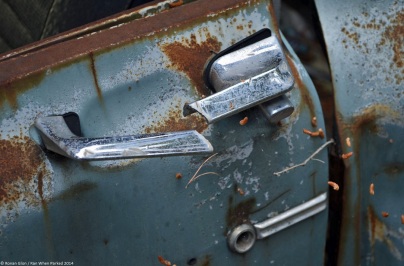 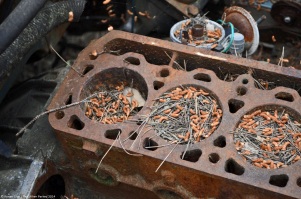 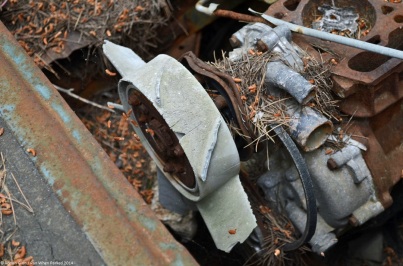